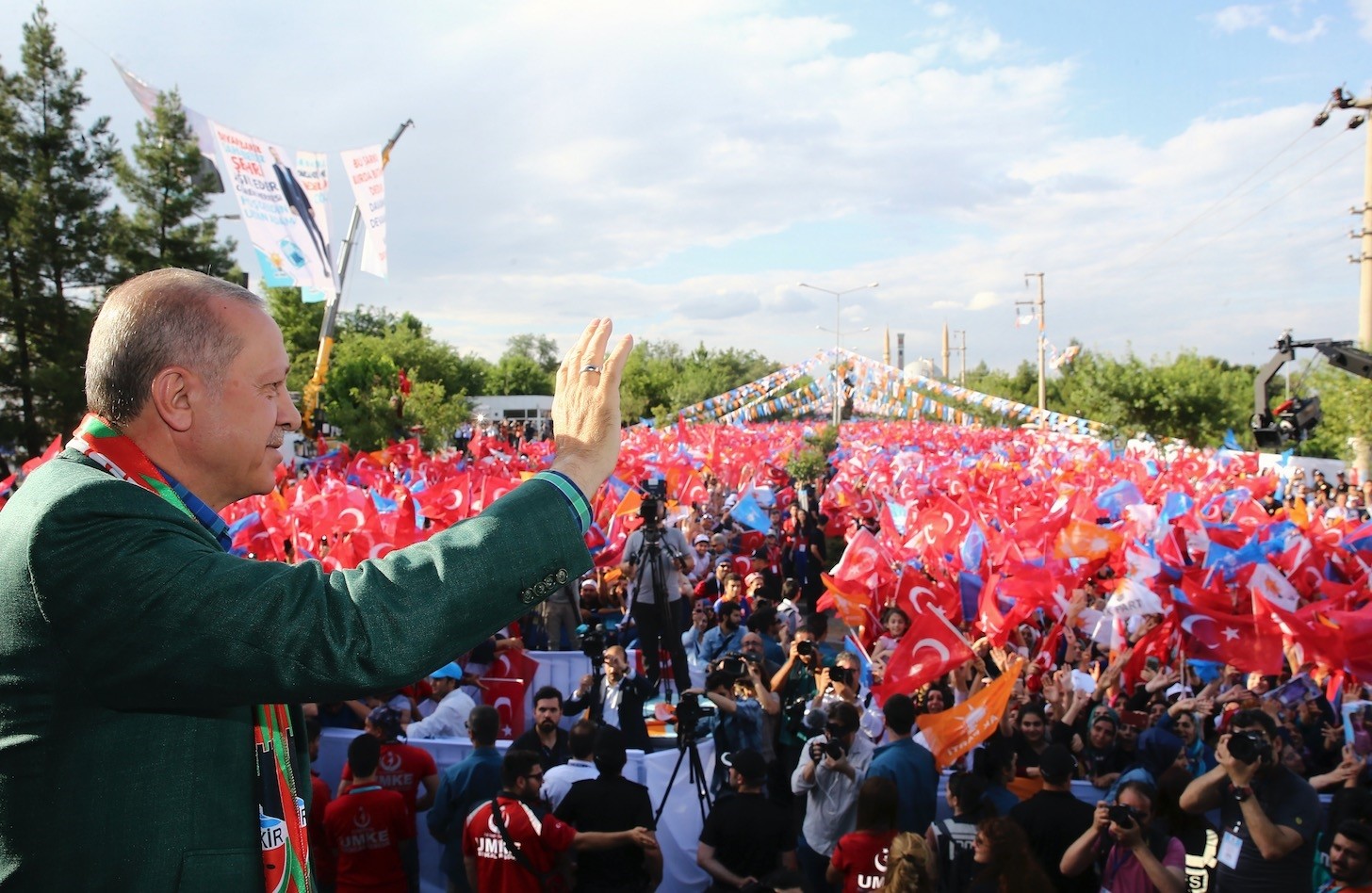 President Recep Tayyip Erdoğan said yesterday that peace is prevailing in southeastern Turkey as security forces successfully completed counterterrorism operations against the PKK and recovery projects are continuing at full speed. In a meeting in the southeastern province of Diyarbakır, President Erdoğan said that he is the guarantor of Kurdish people's rights in Turkey. He criticized the Peoples' Democratic Party (HDP) for supporting the PKK terrorist organization's activities, which have greatly damaged cities in the region. The PKK exploited the cease-fire period between 2012 and 2015 and dug ditches and trenches, forcibly recruited locals in the districts of Cizre, Sur, Silopi, Nusaybin as well as other areas.

The PKK's attempts to carry the war into urban areas collapsed because of successful anti-terror operations and the lack of cooperation from the people in the region. After the HDP municipalities' support to PKK terrorists on their illegal activates were revealed, many of them were suspended from their duty.

Erdoğan slammed HDP Co-chair Selahattin Demirtaş for his role in the Oct. 6-7, 2014 events in Diyarbakır, which resulted in the deaths of more than 50 people, and he also criticized other parties' candidates for visiting him in an Edirne prison.

In Oct 2014, Demirtaş made a call people to take streets to protest government's policy on Syria's Kobani. The call instigated riots by the armed gangs who supported the PKK. They terrorized the streets and killed 53 locals, who they see as opponent to their ideology.

Erdoğan emphasized that the recovery of areas affected from the counterterrorism fight is continuing at full speed and more houses will be built. An extensive recovery program

was launched in the region since PKK terrorists were ousted from the region, this includes infrastructure, housing and socio-economic projects.