YPG terrorists say will pull out of Syria's Manbij 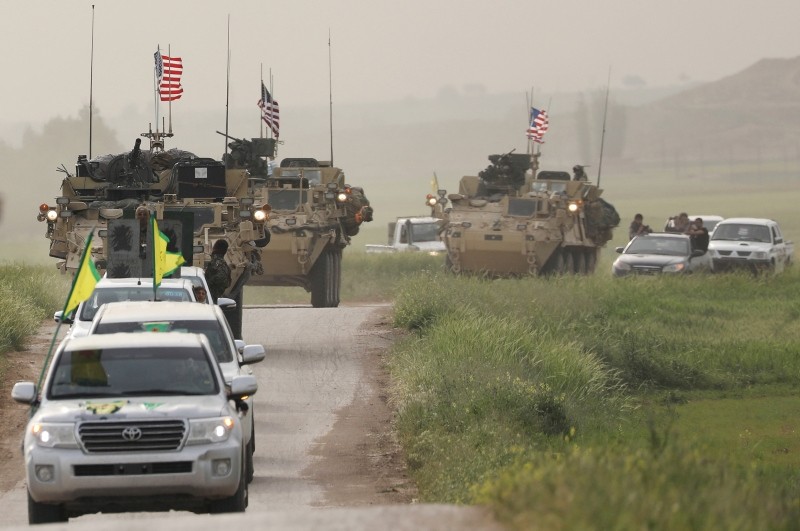 The PKK terror group's Syrian affiliate the People's Protection Units (YPG) says it's pulling out of the key northern Syrian town, potentially easing a serious rift between the United States and Turkey.

The YPG said in a statement on Tuesday that its advisers had completed their so-called mission to train the local forces to defend the town of Manbij.

The development follows an announcement Monday from Turkey, saying it had reached an agreement with the U.S. over the future of the town.

The YPG is backed by the U.S., straining Washington-Ankara relations.

Ankara has demanded the YPG, which constitutes a security threat to Turkey, leave Manbij for over a year.

Following a successful anti-terror operation in northwestern Syria's Afrin — a major YPG/PKK hideout — Turkey said it was considering an operation in Manbij next.

U.S. support for the YPG terror group has long vexed Ankara, as Washington called its PKK-led umbrella group, the Syrian Democratic Forces (SDF), a "reliable partner" in its fight against Daesh and provided it with arms and equipment in the face of strong objections from Turkey.