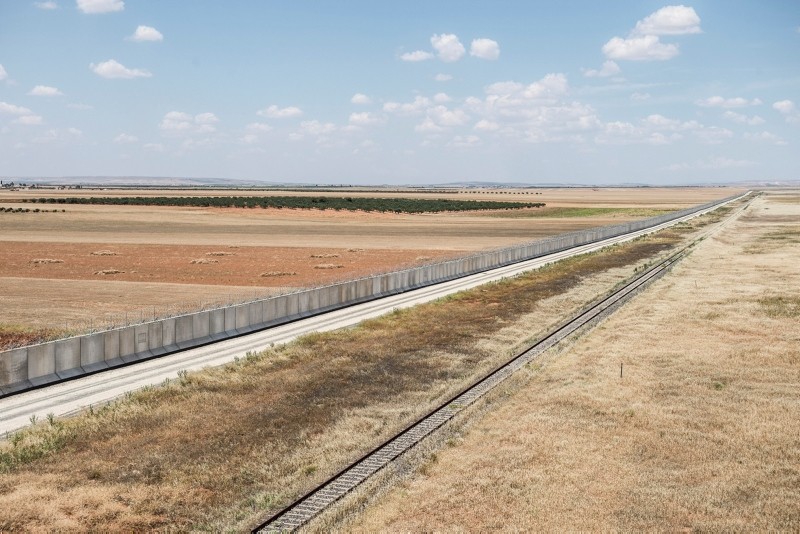 Turkey has completed the construction of a 764-kilometer (475-mile) concrete wall along its border with Syria, according to a Turkish official on Saturday

TOKI, the state backed housing developer, built 564-kilometer (350-mile) section of the wall, while the governorates of the border provinces built 200 kilometers (124 miles), the official told Anadolu Agency on condition of anonymity.

Ankara had launched the construction project in 2015 to build an 826-km (513-mi) wall on the Syrian border, as part of Turkey's measures to increase border security and combat smuggling and illegal border crossings.

Turkey shares a 911-kilometer (566-mile) border with Syria, which has been embroiled in a civil war since 2011.

The wall was sealed along Turkey's border provinces of Şanlıurfa, Gaziantep, Kilis, Hatay, Mardin and Şırnak.

The official added the state housing developer's construction of a 144-kilometer wall on its Iranian border had almost completed.

Modular walls are being erected along the Turkish-Syrian borderline with seven-ton mobile blocks, two meters wide and three meters high. The blocks have also been topped with a one-meter-high razor wire.