Turkish offensive on Qandil may stretch to Sinjar, Makhmour in northern Iraq 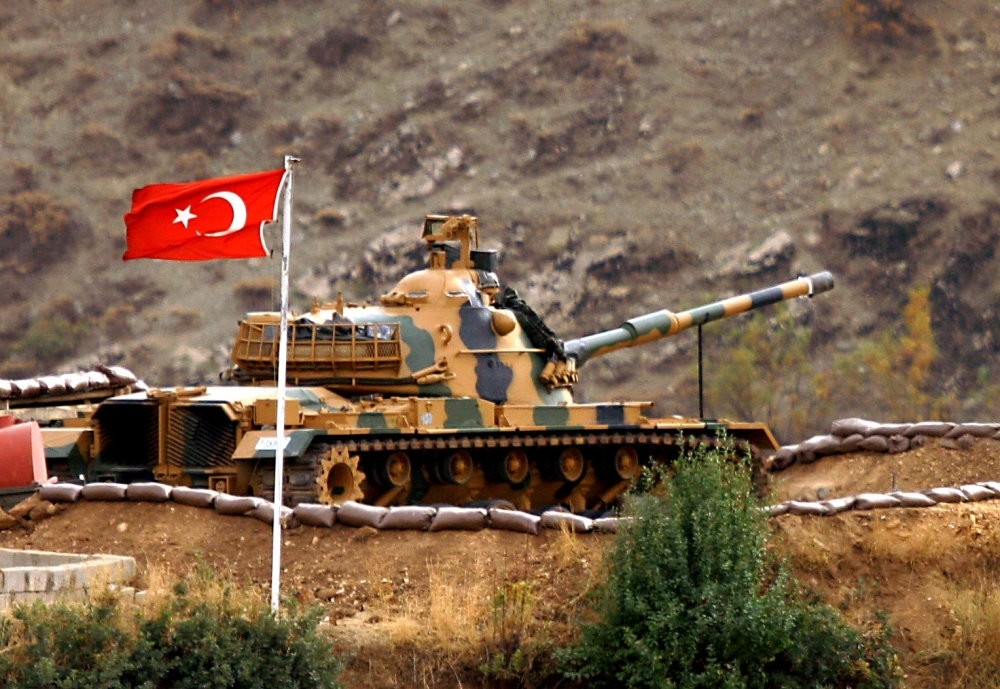 The Turkish Military has already pushed nearly 30 kilometers into northern Iraq towards Mount Qandil
by Daily Sabah Jun 09, 2018 12:00 am

Ankara's resolute to solve PKK problem by clearing the terrorist organization from Qandil, Sinjar and Makhmour with an extensive military operation

Ankara has signaled an extension of a military operation on northern Iraq's Sinjar and Makhmour areas, amid expectations of an offensive on the PKK leadership on Mount Qandil. President Recep Tayyip Erdoğan said on Thursday that the Turkish military will strike PKK camps in Makhmour as well as in Qandil and Sinjar if the Iraqi central government and the U.N. did not take steps to clear the area of militants. Ankara has been demanding the closure of the Makhmour camp, which is located 100 kilometers south of the Kurdistan Regional Government (KRG) capital Irbil, due to security threats.

PKK took control of Makhmour and the area around it three years ago under the pretext of fighting against Daesh, and started to use it for recruiting militants, including children.

"If the Baghdad government will say that it can solve the PKK problem in Qandil and Sinjar, that's fine for us. Also, I am saying this for the first time, the U.N. should solve the terrorism problem in Makhmour," Erdoğan said in a live interview on CNN Turk, adding that he previously discussed the Makhmour issue with former U.N. Secretary-General Ban Ki-Moon.

According to the U.N. High Commissioner for Refugees (UNCHR), refugees "first stayed in the Atroush camp near the Turkish border, then split into two groups in 1997. Between 4,000 and 5,000 refugees moved to local settlements in the governorate of Dahuk and Irbil. A larger group relocated to the Makhmour camp, which today looks like a small town with mud-brick houses and several shops selling food."

The people in the camp have been struggling to live while bowing down to the pressure of the terrorist group, which turned the region into a military headquarters. Control of Mosul's Makhmour district was taken by peshmerga forces after the Daesh assaults. Today, 12,000 people live in Makhmour camp awaiting the end of the pressure imposed by the outlawed PKK. The president said on Friday at an election rally in Nevşehir that Turkish forces will enter Qandil and Sinjar when it sees necessary.

After the eviction of PKK-affiliated groups from northern Syria with Operation Olive Branch, the army is now pushing PKK terrorists in northern Iraq to secure its southeast borders with the aim of completely eradicating the terrorist organization's leadership. Since the beginning of the Turkish army's crossing into the Iraqi border in March, 155 PKK terrorists have been killed. The army has already pushed nearly 30 kilometers into northern Iraq towards Mount Qandil as it took control of the Bradost region and entered the Barazgir valley, which is considered a gateway to Qandil.