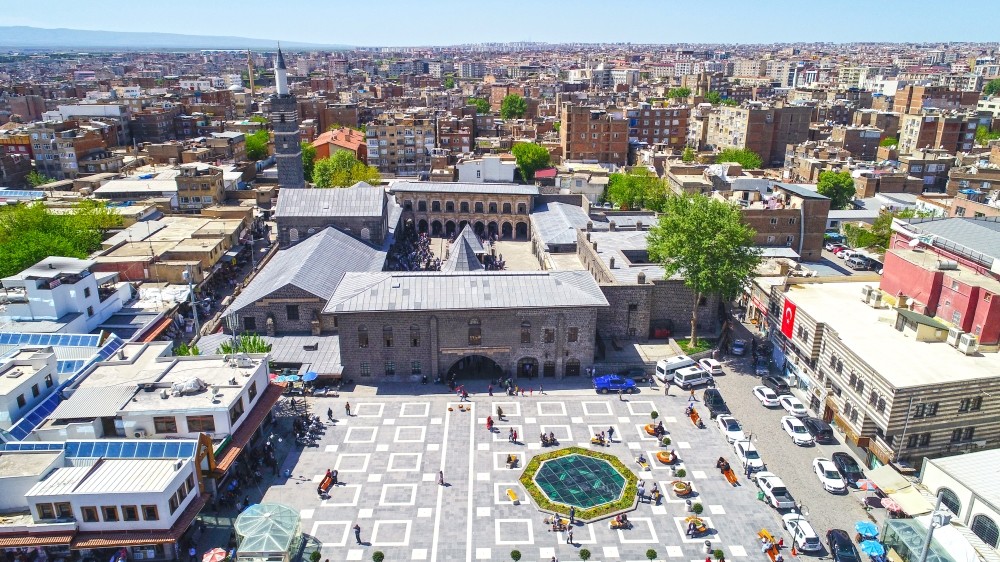 The ministry made enviorenment planning of Historical Grand Mosque of Sur.
by Daily Sabah with AA Jun 23, 2018 12:00 am

Long-running efforts to rebuild the terror hit, devastated districts of the southeastern provinces are yielding results through the projects of the Ministry of Environment and Urban planning.

The districts of Cizre, Sur, Silopi, Nusaybin and several other districts received great damage when the PKK terrorist organization exploited the cease-fire period between 2012 and 2015, dug ditches, trenches and forcibly recruited locals for terrorist activities in the districts.

One of those devastated areas, Sur, a historical district of the southeastern Diyarbakır province, has been completely renovated in three years with new projects valued around TL 2 billion ($420 million). Nurullah Bilgin, Provincial Director of Ministry of Environment and Urban planning, told Anadolu Agency (AA) that rebuilding works have been ongoing in six neighborhoods of the district and construction of 340 new residences have begun in the first phase, 1,500 residences will be built in total.

During the period of urban clashes, the PKK's attempt was to bring its terror activities into the urban areas, from the mountainous regions. However, the aim was reciprocated with effective anti-terror operations by security forces.

As a result of successful operations, combined with the lack of cooperation from the people in the region, the PKK's strategy eventually collapsed.

In late 2015, Turkish security forces completely cleared PKK terrorists from Sur where approximately 4,500 families had to leave their homes. In 2015, hundreds of traders in Sur were forced to shut down or relocate businesses because of PKK terror attacks.

Bilgin added that the tourism potential of Sur district will be greatly boosted with its rich history, culture, civilization and religious sites after the completion of projects. "Sur will become an attraction center and to draw one million tourists," he said.

In its more than 30-year terror campaign against Turkey, the PKK, listed as a terrorist organization by Turkey, the U.S. and the EU, has been responsible for the death of some 40,000 people.