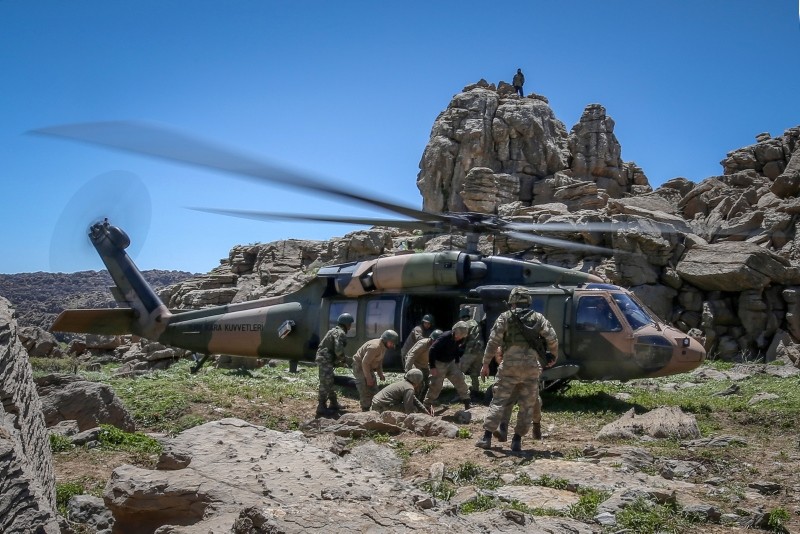 At least five PKK terrorists were "neutralized" during anti-terror operations in northern Iraq on Friday, according to the Turkish military.

The airstrikes were carried out in the Hakurk region as part of cross-border counter-terrorism operations, the Turkish General Staff said on its official Twitter account.

The General Staff also said in another tweet that regional leader Ahmet Dorak, codenamed Şahin, was "neutralized" on Aug. 2 in an operation in Diyarbakır's Kocaköy region.

In its more than 30-year terrorist campaign against Turkey, the PKK – listed as a terrorist organization by Turkey, the U.S. and the EU – has been responsible for the deaths of nearly 40,000 people.