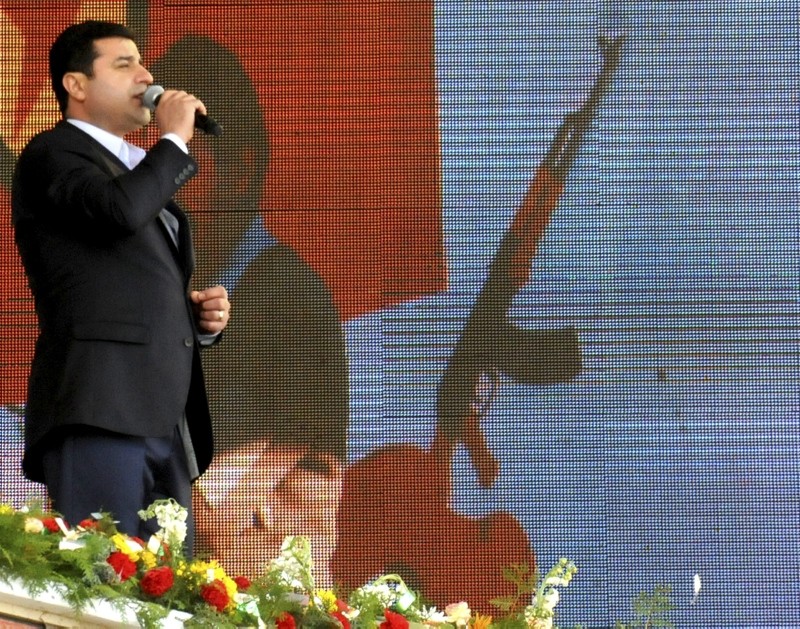 A Turkish court on Friday sentenced the former head of the pro-PKK People's Democratic Party (HDP), Selahattin Demirtas, to four years and eight months in jail for carrying out terrorist propaganda.

The court sentenced Demirtaş, who has been in jail since 2016 while on trial for terrorism-related charges, over his comments during a 2013 speech when the government was holding peace talks with the PKK.

The court also sentenced former HDP lawmaker Sırrı Süreyya Önder to three years and six months in prison on the same charges in the same case.

F​ormed in 1978, the PKK terrorist group has fought a long separatist battle with the Turkish state. Its terror campaign has killed more than 40,000 people, including women and children.

The Turkish government has long accused the HDP of having close links with the PKK. In November 2016, 13 HDP lawmakers were arrested, and 9 of them, including HDP co-chair Figen Yüksekdağ, remain under arrest awaiting trial on charges related to being members or leaders of and committing crimes for the PKK.

The lawmakers face prosecution under anti-terrorism legislation after their parliamentary immunity was lifted in May 2016.