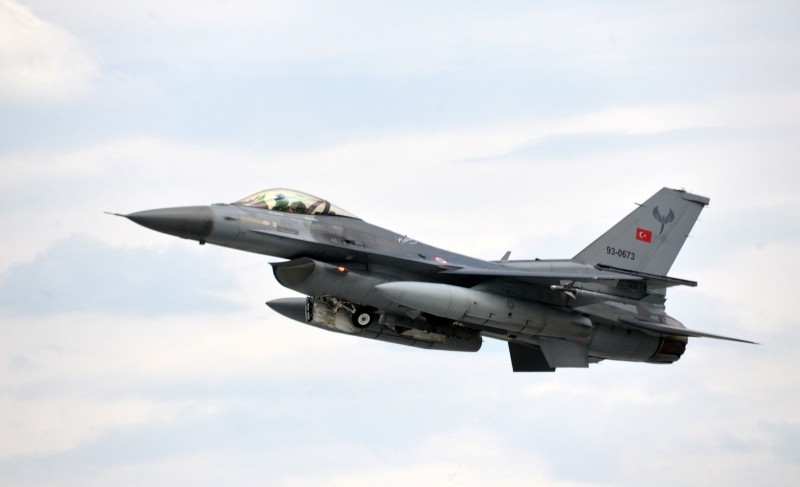 At least 14 PKK terrorists were "neutralized" in airstrikes in southeastern Turkey and in northern Iraq, according to the Turkish army on Sunday.

Turkish authorities often use the word "neutralized" in their statements to imply the terrorists in question either surrendered, were killed or captured.

The statement said an air-supported operation had been conducted against the PKK terrorists in Eruh district.

The terrorists were plotting attacks on Turkish military bases, the statement added.

Five PKK terrorists were neutralized in southeastern Sirnak province, the Interior Ministry said in a statement later on Sunday.

According to the Turkish General Staff, the operation in Iraq was carried out the northern regions of Zap and Avasin-Basyan.

Also, a Turkish soldier was killed when a military vehicle rolled over in Yuksekova district in southeastern Hakkari province, according to the regional governor's office statement.

In its more than 30-year terror campaign against Turkey, the PKK — listed as a terrorist organization by Turkey, the U.S. and the EU — has been responsible for the deaths of 40,000 people, including women and children.