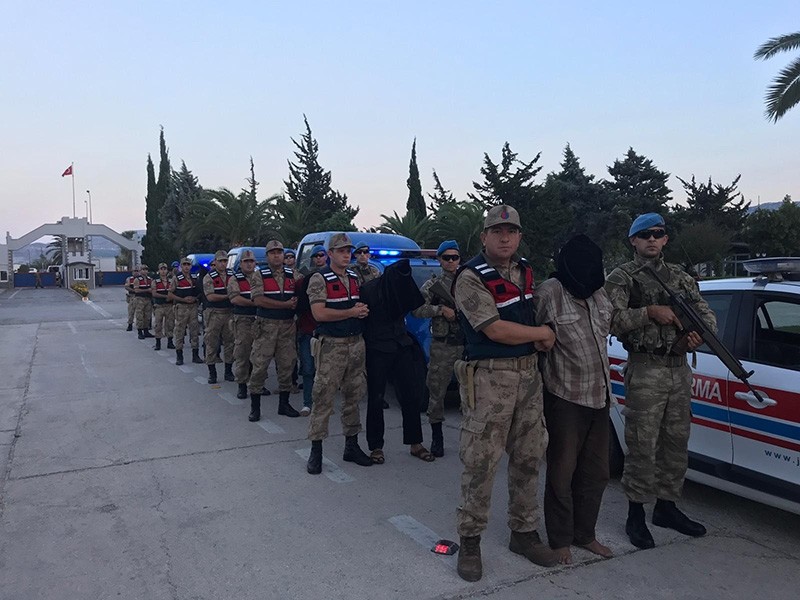 The terrorists had taken away with them the body of the lieutenant which could only be found after 58 days.

The terrorists were caught in a joint operation by MIT and the Turkish gendarmerie forces in Syria's Afrin city and brought to southern Hatay province, Hatay governor Erdal Ata said at a news conference.

Ata said the terrorists were caught in accordance with the confession of a Syrian national PKK terrorist, who was identified by the initials M.C. and arrested by Turkish security forces on Sept. 3, 2018, in Rajo.

"We know that there are other names involved in the incident. We will do whatever necessary (to get them)," Ata said.

The YPG is the Syrian affiliate of the PKK terror group, which has waged war against Turkey for more than 30 years. Since the PKK launched its terror campaign in Turkey in 1984, tens of thousands of people have been killed. The U.S., the EU, and Turkey list the PKK as a terrorist group.

Ankara has criticized the U.S. arms support of the YPG, carried out under the pretext of fighting Daesh.

Afrin had been a major hideout for the YPG/PKK since July 2012 when the Assad regime in Syria left the city to the terror group without putting up a fight.