Turkey-US patrols in Syria's Manbij to start soon, but US' arms support for YPG unacceptable: Kalın 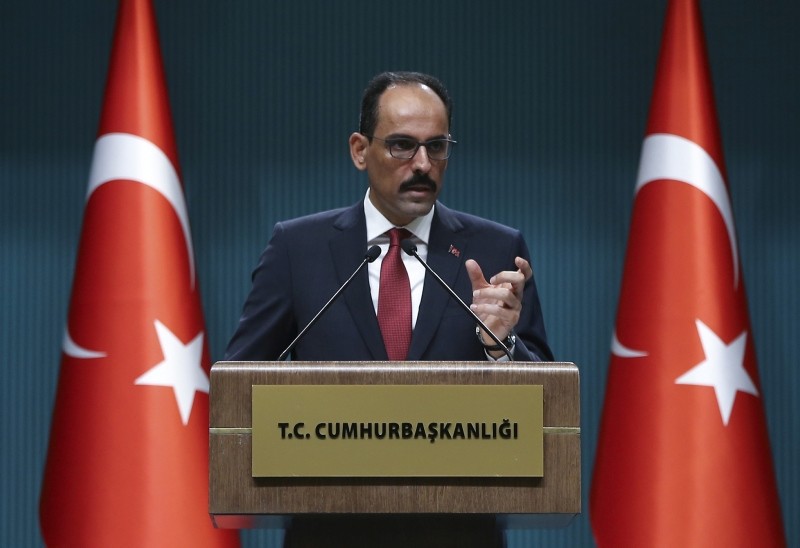 Turkey and the United States have almost completed work on joint patrols in northern Syria's Manbij area and those patrols and joint training will begin soon, presidential spokesperson Ibrahim Kalın said on Friday.

In a news conference with journalists,​ Kalın said that Ankara expected the Manbij roadmap to be implemented as planned with no delay, and would do what is necessary but underlined that the U.S.' engagement with the the PKK's Syrian-affiliate the Democratic Union Party (PYD) and its armed wing the People's Protection Units (YPG) remained a source of concern for Turkey.

He also said that Turkey expected the international community to contribute to the political process in Syria.

Underscoring that Turkey will continue taking necessary steps on reinforcing observation points in Idlib, Syria, Kalın said that steps to remove members of the "moderate opposition" from the region were unacceptable.

Turkey agreed last week with Russia on a demilitarized zone in the Idlib region, which it will jointly patrol with Russia.

On the topic of Turkey's war on terror, Kalın reiterated that operations by Turkey's intelligence and security forces against terror groups abroad would continue with determination.