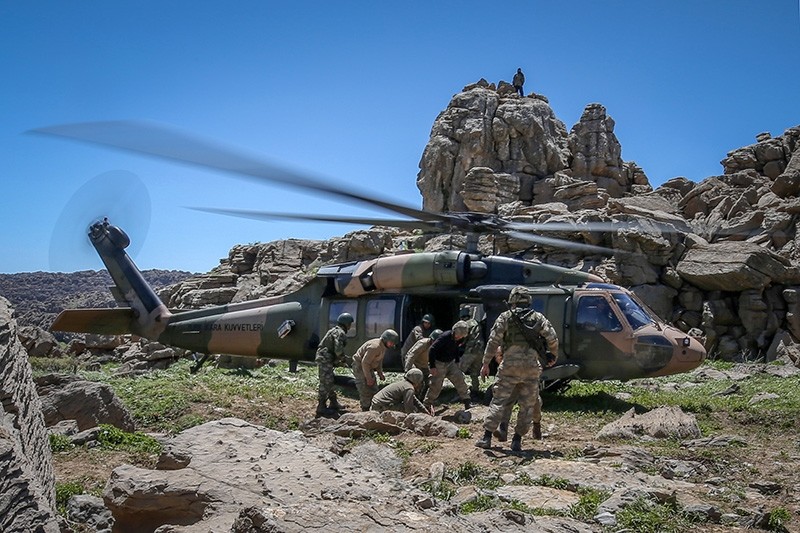 At least 23 PKK terrorists were "neutralized" in counter-terrorism operations across Turkey over the past week, the country's Interior Ministry said Monday.

The ministry said in a statement that a total of 2,421 anti-terror operations were conducted between Oct. 1 and 8.

Seven terrorists were killed, four were captured, while another 12 terrorists surrendered to Turkish security forces, the statement said.

The security forces also arrested 4,475 suspects for crimes linked to drugs and smuggling, 774 others for aiding and abetting terror organizations and 101 suspects for human trafficking.

A total of 7,303 irregular migrants were caught during the operations, according to the statement.