33 PKK terrorists 'neutralized' in Turkey, n. Iraq over past week 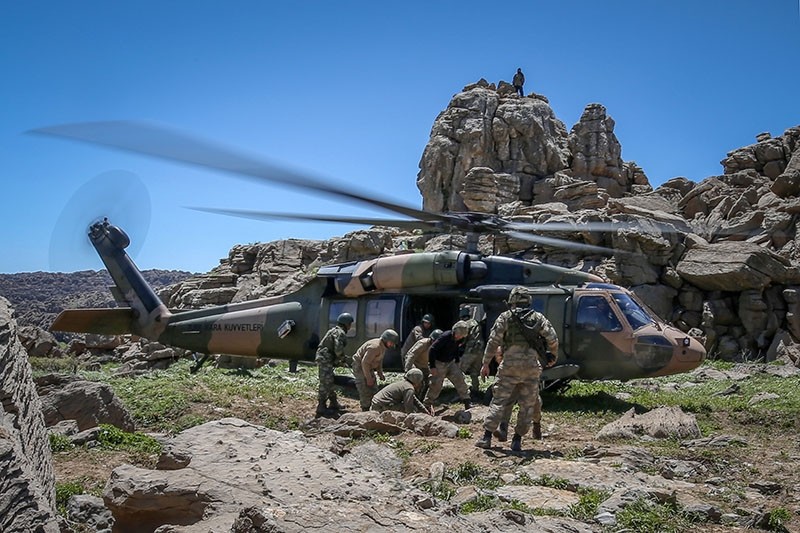 At least 33 PKK terrorists were "neutralized" in counter-terrorism operations across Turkey and in northern Iraq over the past week, the Turkish military said Friday.

In a Twitter post, the Turkish General Staff said that 16 terrorist weapon pits, shelters and depots were destroyed in operations between Oct. 12 and Oct. 18.

In a separate tweet on Friday, Turkish General Staff said at least four PKK terrorists were "neutralized" in air operations carried out in northern Iraq on Thursday.

The terrorists, plotting for an attack on Turkish bases, were "neutralized" Thursday in airstrikes carried out in the Metina and Avasin-Basyan regions, the army said.

The military also said Friday that a total of 4,585 terrorists have been neutralized since the launch of Turkey's Operation Olive Branch in Syria's Afrin region.

The military said Turkey "resolutely" continues to fight against terrorist organizations, particularly PKK/KCK/YPG, and also Daesh, in the country and abroad.