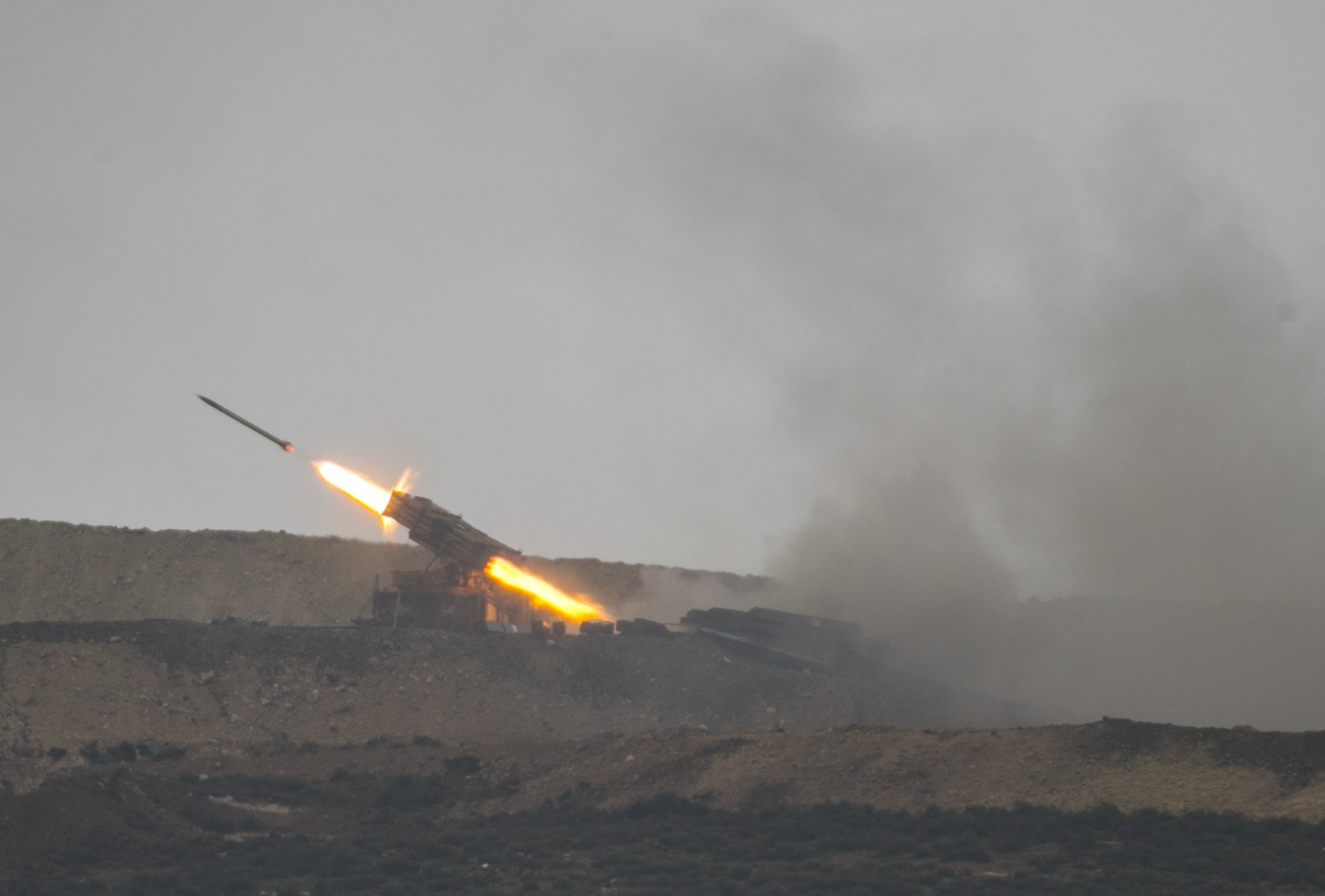 The Turkish military targets YPG-held areas in the northern Syrian province of Afrin with howitzers during Operation Olive Branch, Jan. 24.
by daily sabah
Oct 30, 2018 12:00 am

The Turkey-backed Free Syrian Army (FSA) ramped up its military buildup near Tal Rifaat and Manbij against a possible offensive by the PKK terrorist group's Syrian affiliate People's Protection Units (YPG). The group is reportedly preparing for attacks on FSA-held areas following Turkey's shelling of positions held by the terrorist group and Turkey's possible full-fledged operation in northeastern Syria. On Sunday, the Turkish military hit YPG positions in the Zor Magar area to the west of northern Syria's Ayn al-Arab region, east of the Euphrates River, with artillery shells.

The operation came following YPG attacks on FSA factions in Marea town in northern Aleppo yesterday as well as other terrorist activities, including the construction of trenches and barricades.

According to sources in the region, following the shelling that left three people dead and five wounded and reports that Turkey may launch soon a full-fledged operation on northeastern Syria, YPG terrorists have positioned themselves. The FSA, on the other hand, has been on full alert in case Turkey launches an attack.

President Recep Tayyip Erdoğan and other Turkish officials have been signaling a likely expansion of Turkey's military campaign into the much larger YPG territory east of the Euphrates if the threat continues.

In the wake of the YPG and Daesh threats near its border, Turkey carried out two cross-border military campaigns in the past two years. The Turkish military and FSA have captured bordering Jarablus, al-Rai and al-Bab districts from the Daesh terrorist group through Operation Euphrates Shield launched in Aug. 2016. On Jan. 20, Turkey launched Operation Olive Branch to push the YPG and Daesh terrorists from northwestern Syria's Afrin region liberating the region on March 18 with the help of FSA forces.

The YPG, which Turkey considers a grave threat to its national security, is the Syrian offshoot of the PKK which is listed as a terrorist organization by the U.S., the EU and NATO. The PKK has been fighting the Turkish state for the last 40 years in a conflict that has claimed more than 40,000 lives. The YPG and PKK's ultimate aim is to establish an autonomous region in parts of Turkey, Syria, Iraq and Iran. The group currently controls almost all the territory in the east of the Euphrates River comprising some one-third of the territory of Syria, except for the Assad regime-controlled area near Deir ez-Zor and the Daesh-held area near the Iraqi border.

In line with their autonomy plans, the terrorist group applied its form of governance and formed communes dictated by its ideology with the help of the U.S. After Daesh was cleared from the regions, the YPG tightened its grip on the cleared areas by establishing nine committees with various roles, similar to ministries. The group also formed a political entity called the General Council of Self-Administration in Northern and Eastern Syria to step up its plans.

Local people living in areas controlled by the group also have long been suffering from atrocities. Numerous human rights organizations have documented the YPG's violations of human rights including torture, recruiting child soldiers and burning civil buildings. The relations between Turkey and the U.S. were strained over the latter's support for the YPG. In a bid to ease the tensions, the two countries agreed in early June on the Manbij road map that foresees the withdrawal of the group from the city and joint patrols to be conducted by the militaries of both countries within a three-month timetable. Yet, the group increased its presence in the city and the U.S. continues to drag its feet on the implementation of the deal.