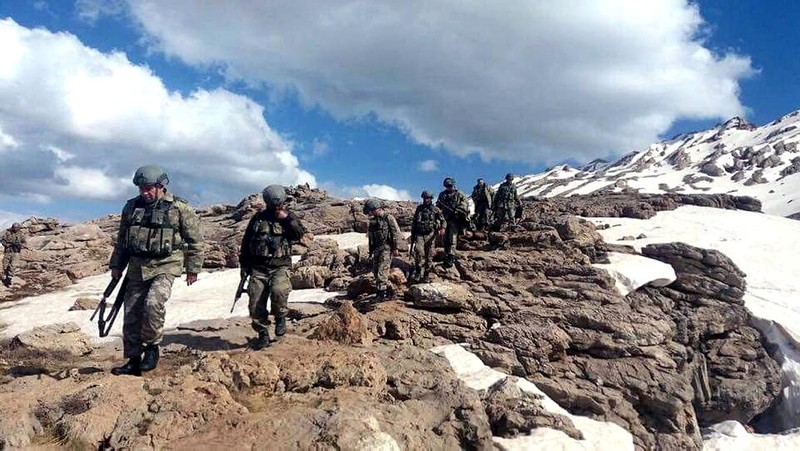 Turkey's Interior Ministry said Friday that 18 PKK terrorists were neutralized between Oct. 31 and Nov. 2, with one being captured alive.

In a statement, the ministry said eight of the terrorists had been neutralized in Turkey's southeastern province of Şırnak by provincial gendarmerie in an operation codenamed "Hancer (Dagger)-6".

The statement added that one of the neutralized terrorists had been responsible for an Oct. 4 attack on Turkish troops in southeastern Turkey which resulted in the deaths of eight soldiers.

Selim Demiroğlu, codenamed Fırat Celi, who was on the orange category of the interior ministry's wanted list, was among the terrorists who were neutralized during the operation.