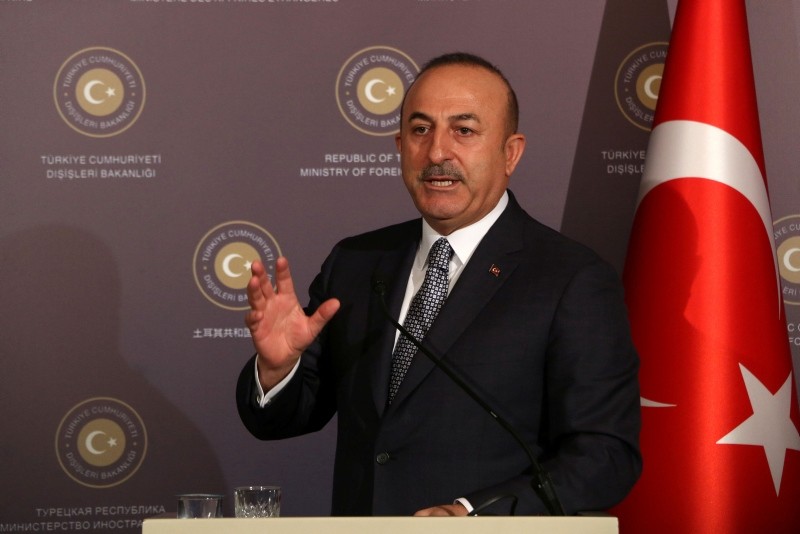 "Had we not intervened, our people would have been under continued assault from these terrorists and a political solution to the Syrian tragedy would have been unreachable," he said in an article in the Greek daily Kathimerini.

"I gave the example of Syria for a reason. Syria demonstrates to us once again that prevention is important because once the fire of conflict engulfs a nation, the only thing that remains predictable is that there will be unpredictable consequences in that state," Çavuşoğlu wrote.

The YPG is the dominant group in the U.S.-backed Syrian Democratic Forces (SDF), which controls almost all of the territory east of the Euphrates, comprising some one-third of Syria, except for the Assad regime-controlled area near Deir el-Zour and the Daesh-held area near the Iraqi border.

Turkish troops and their allied Free Syrian Army (FSA) have captured bordering Jarablus, al-Rai and al-Bab districts from Daesh through Operation Euphrates Shield that was launched in August 2016.

The Turkish military and the FSA also cleared the Afrin district from YPG presence with Operation Olive Branch launched in January. Through these operations, Turkey made possible the return of Syrian civilians to their homeland.

Çavuşoğlu added that humanity is facing a distinct challenge in the 21st century and seeking peace needs an enterprising and humanitarian foreign policy.

"Just when many people thought that the glass is half full in terms of the achievements in international law, institutions, democracy and the rule of law, accountability, free trade, gender equality and others, the empty half of the glass has begun to reassert itself," said Çavuşoğlu, adding that the symptoms are known to all.

The challenges of humanity are eating away its achievements and opportunities, Çavuşoğlu underlined.

"Which side will prevail? The answer depends on how we respond to challenges, including on how much we humans can work together toward positive outcomes. One point is clear: Unless we take initiatives and be enterprising and humanitarian, the bad will prevail. The wait-and-see attitude is no longer tenable. Policy options differ from mediation to actual use of force against terrorists," he added.