Turkey will bury YPG terrorists in trenches they dig up on Syrian border, Erdoğan warns 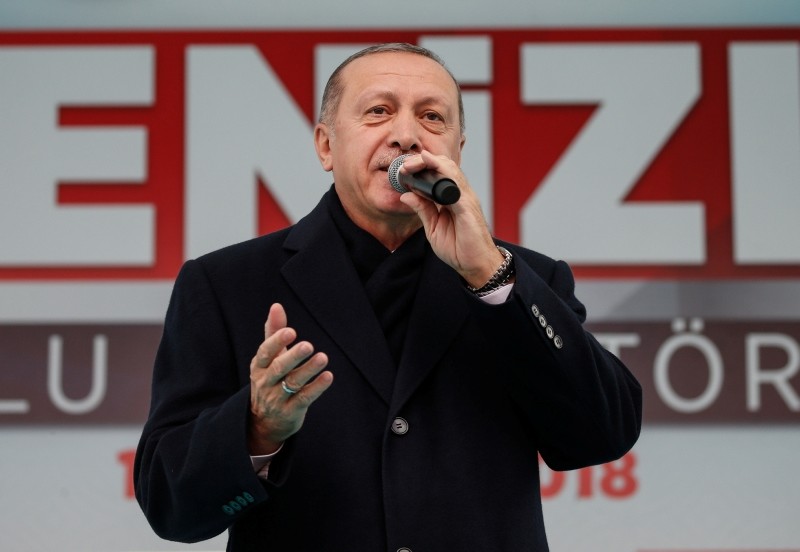 The People's Protection Units (YPG), which is the Syrian branch of the internationally-recognized terrorist organization PKK, continues to pose a threat to Turkish territories using the internal conflict in Syria as an opportunity.

Commenting on the terrorists digging up trenches along Turkey's borders, President Recep Tayyip Erdoğan warned the terror group that those tunnels and trenches would become their graveyards if they continue to disrupt peace in the region and threaten Turkey's national security.

"We entered Sinjar and Mount Karachok [which are important bases for the PKK/YPG] in northern Iraq and our warplanes turned those places into their graveyards," Erdoğan said, underlining that Turkey's war on terror will continue uninterruptedly and with full force.

He reiterated that Turkey was "determined to bring peace and security to areas east of the Euphrates" river in northern Syria.

The YPG terrorist organization, which occupied a 480-kilometer (298 miles) of land on Turkey-Syria border, recently increased its activities against Turkey.

In the last three years, Turkey came under many harassment fires by the terrorists.

Their efforts to carry out terror activities inside Turkey have been prevented by successful operations of security forces, who seized large amounts of explosives in border cities such as Hatay, Kilis, Gaziantep, Mardin and Şanlıurfa.

On Wednesday, President Recep Tayyip Erdogan said that within days Turkey would launch an operation east of the Euphrates to clear the region of PKK/YPG terrorists.

Previously, Turkey launched two successful anti-terror operations since 2016 to foil the formation of a "terror corridor" along Turkey's border.