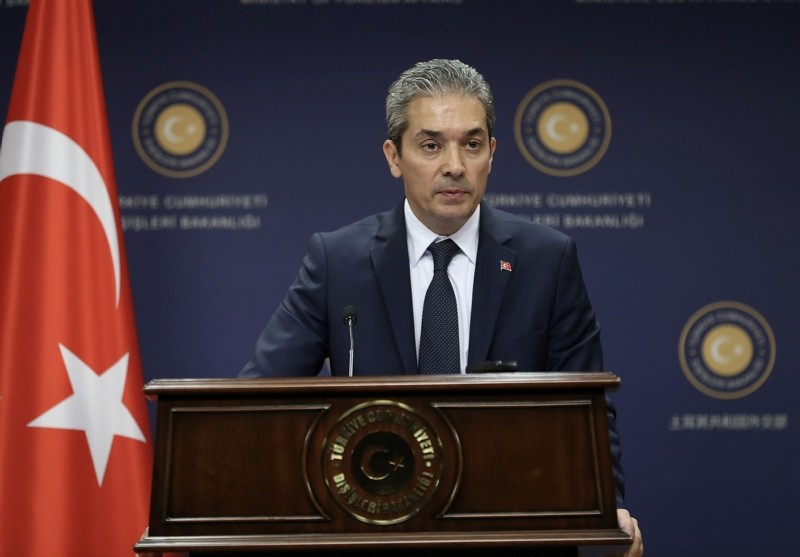 As long as terror groups are present in northern Iraq, Turkey will continue its counterterrorism operations in the region, Foreign Ministry spokesperson Hami Aksoy said Saturday.

"Turkey will launch anti-terror operations to preserve its national security," Aksoy said in a statement.

Reiterating that the PKK terror group has used Iraqi soil as a base to attack Turkey for many years, Aksoy said tens of thousands of our people had been killed in these attacks and "the activities of the PKK on Iraqi and Syrian soil have been a national security issue for Turkey."

Aksoy's statements followed Iraqi authorities summoning Turkey's ambassador in Baghdad on Friday after Ankara said it killed eight militants from the PKK. Iraq claimed that Turkey's attack on the PKK is a violation against the country's sovereignty. However, as a response to these claims, Aksoy underlined that the activities of PKK terrorist organization on Iraqi and Syrian soil are a national security issue for Turkey.

"Turkey expects the same understanding and concrete cooperation from Iraq," it added.

Turkish military aircraft "neutralized" eight PKK terrorists and destroyed more than 30 targets, including tunnels and warehouses, in the Sinjar and Mount Karajak regions in a cross-border operation late Thursday.

According to a statement issued by the Ministry of Defense, the air raid was conducted to preserve national security and prevent terrorists' attacks coming from northern Iraq in line with the right of self-defense stipulated in Article 51 of the United Nations Charter.

Utmost attention was given to avoid any harm to civilians' safety and property, the Turkish military said.

On Thursday, the TSK dealt a heavy blow to the PKK terror group in Sinjar and Mount Karajak regions, Aksoy noted.

He said the forces exercised due caution to prevent civilian casualties.

The Turkish government has repeatedly called on the Iraqi government to eradicate the PKK threat in Sinjar. If not, Ankara says, the TSK will exercise its rights and launch a cross-border operation in the area as it did during Operation Euphrates Shield and Operation Olive Branch into Syria.