Riddled with contradictions on YPG policy, US losing Turkey’s trust 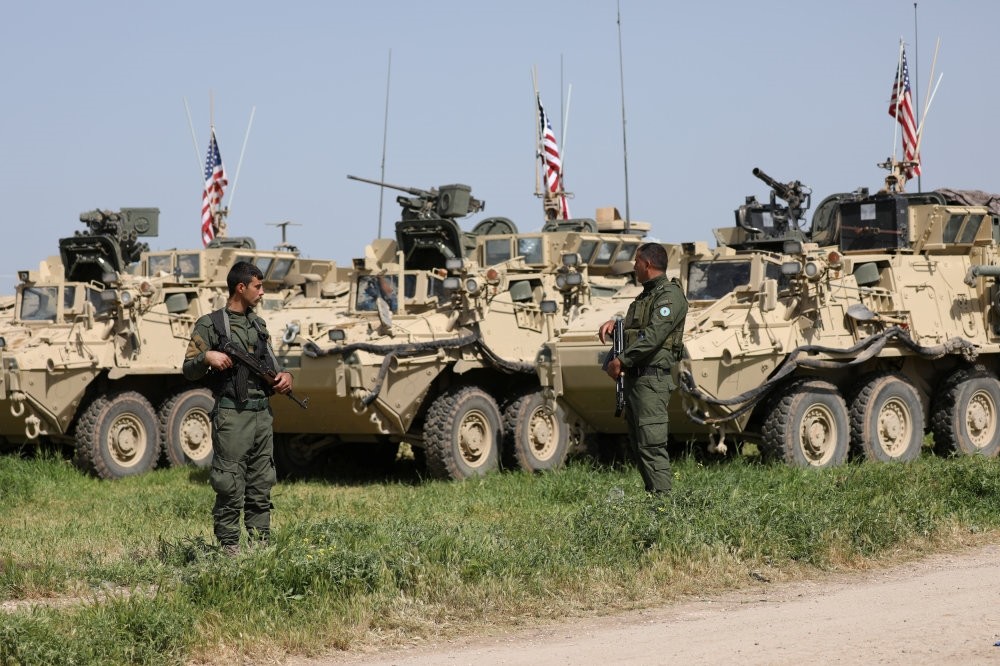 Washington's inconsistent rhetoric about its cooperation with the PKK's Syrian wing, the People's Protection Units (YPG), has done little to ease Ankara's concerns and such statements cannot pay off anymore. The threat against the country's national security has reached an alarming point and yet the U.S. insists on its long-running inconsistencies on the issue. Only a week after expressing serious concerns over Turkey's upcoming operation in northeastern Syria, the Pentagon changed its tune late Monday, stating that the U.S. is now in cooperation with Turkey on all matters.

Backtracking from its previous statements, Col. Rob Manning highlighted that developments in the area have changed and the two countries have reached a consensus on cooperation. He added that the circumstances are "fluid." Last week, the U.S. voiced grave concerns over an operation planned by Turkey in northeastern Syria against the YPG terrorist organization. "Unilateral military action into northeast Syria by any party, particularly as U.S. personnel may be present or in the vicinity, is of grave concern," Pentagon spokesman Cmdr. Sean Robertson said. "We would find any such actions unacceptable," he added.

Robertson said that the U.S. military is committed to working closely with the Turkish military to boost cooperation and coordination and added that "uncoordinated military operations" will undermine that shared interest.

"The Syrian Democratic Forces (SDF) remains a committed partner against Daesh and we remain committed to working with them to ensure Daesh's enduring defeat," he said. The SDF is an umbrella group dominated by the YPG.

The U.S. has failed to appease Turkey's concerns over the attempted creation of a terror corridor along its borders; they have also failed to take the necessary steps against the YPG. Hence causing Ankara to announce last week that it will clear the terrorists from its border itself while avoiding any harm to American soldiers on the ground - a move taken in the face of the U.S.'s contradicting attitude.

Washington's cooperation with the YPG was initiated during the Obama administration, under the pretext of fighting Daesh. Ankara has objected to the decision since.

The Obama administration had said cooperation would end after the defeat of Daesh and weapons given to the terrorist group would be retrieved. In order to end the wrong policies of the Obama administration and turn a new page, President Erdoğan discussed the issue several times with Trump who promised last November that the U.S. will not provide arms to the YPG.

Accordingly, the two sides reached the Manbij agreement. Yet, the sluggish process and ongoing relation with the YPG showed that there was no change in U.S. policy over the YPG.

Despite previous promises, the U.S. has changed its rhetoric, saying that they will continue to remain in Syria after the defeat of Daesh in order to prevent the terror group from recovering.

Yet at the same time, the U.S. also acknowledges that Daesh will be completely eradicated within a few months. Since the Daesh threat has been substantially eliminated, Turkey is having difficulty in understanding the reason why the U.S. continues to support the YPG. Unfulfilled promises by the U.S. and its attitude towards the YPG has put ties with Turkey at risk.

U.S. Special Envoy for Syria James Jeffrey stated Monday that U.S. support for the YPG in northern Syria was temporary.

Speaking at the Atlantic Council, a Washington, D.C.-based think tank, Jeffrey said that the U.S.'s relationship with the SDF is "tactical" and "transactional." "We don't have permanent relations with sub-state entities," he said, adding the U.S. supported the SDF with the specific goal of fighting against Daesh.

Referring to recent reports that 100 "Rojava Peshmerga were deployed" across the Syrian border from northern Iraq on Sunday, Jeffrey said "that was done with our understanding but also with the understanding of the SDF. So that is one of the various steps being taken." The move is considered an attempt to protect the YPG from an imminent Turkish operation.One of the commanders of the Syrian peshmerga forces, Bedel Bendi, made a statement on the issue yesterday, saying that the Roj peshmergas will return to northern Syria "today or tomorrow, as soon as possible."

As a NATO ally of the U.S., Turkey has been calling on its partner to avoid steps that would create grave security threats for Turkey. Since the U.S. insists on its missteps disregarding Turkey's concerns, Ankara is under the impression that diplomacy has reached its limits and it is time to take action to ensure national security.

President Recep Tayyip Erdoğan said Monday that an offensive east of the Euphrates was imminent and Turkey will launch it "within a matter of days" to clear terrorist groups from the region.

President Erdoğan stressed that he spoke to U.S. President Donald Trump who gave a positive response to Turkey's operation. Erdoğan also stated that if the terrorists do not leave the Manbij region Turkey will remove them. The U.S. and Turkey reached an agreement over Manbij in June which focuses on the withdrawal of the YPG from the region. After six months, there has been no significant progress, much to Ankara's ire. U.S. cooperation with the YPG has long tested ties with Ankara. In the latest move, the spokesman for the U.S.-led anti-Daesh coalition, Col. Sean Ryan posted a tweet critical of Turkey's military action, from an account believed to be sympathetic to the PKK terror group.

After the move, Ryan apologized on Monday saying that he accidentally posted the tweet. "In my official capacity, I accidentally shared content that was insulting to our coalition partner Turkey, a key partner in the mission to defeat Daesh. I meant no disrespect," Ryan wrote on Twitter, referring to Daesh.

"We have a duty to mutual security, and we are committed to defeating Daesh. Please accept my apology."

Ryan was referring to a since-deleted retweet of a post classifying the Turkish Armed Forces (TSK) as "terrorists."