Erdoğan says Turkey’s eastern Syria operation postponed for a while 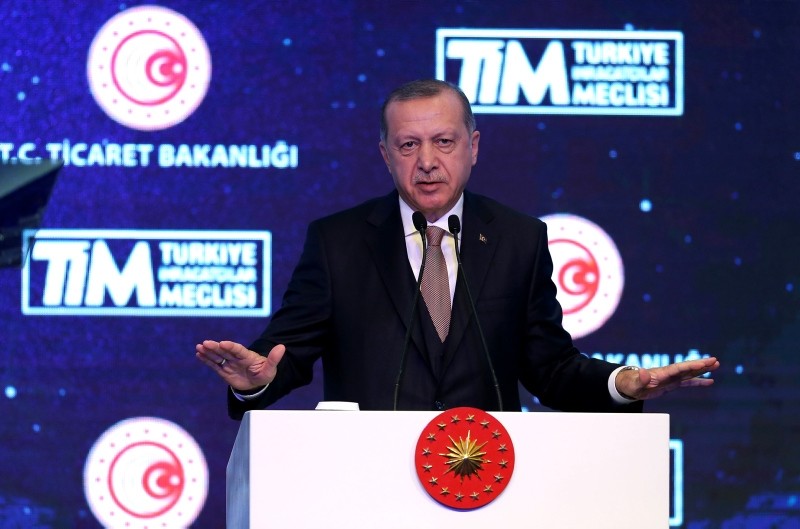 "Last week, we have taken the decision to launch an operation east of Euphrates and made it public. However, the telephone call with [U.S. President Donald] Trump, the contacts of our diplomacy and security units and statements by America have all led us to wait for a while," Erdoğan said at the Service Exporters Award Ceremony held by the Turkish Exporters Assembly (TIM) in Ankara.

The president underlined that this waiting period is not open-ended.

"Did they [U.S.] start to withdraw? Yes, they did. Now the goal is to resume diplomatic relations in a healhty manner. The diplomacy traffic with the U.S. had not reached to a point we want but now it has also came, is coming, to the desired point," Erdoğan said.

"In our face-to-face meetings and telephone conversations we saw that we think similarly with Trump in many points in the Syria issue. In the past days, we managed to hear the most clear and hopeful words from the U.S. administration in this issue so far. We welcome these words with content but also caution due to bad experiences of the past," he added.

Erdoğan also signaled a broader military action in Syria to eradicate terror groups and their threats against Turkey.

"We will work on our operation plans to neutralize Daesh terrorists that are said to be active in Syria, based on the talk we made with Trump," he added.

"In other words, we will follow a style of operation that would eradicate both PKK-PYD and Daesh elements on the field in Syria in the upcoming months."

Erdoğan's remarks came after Trump on Wednesday ordered U.S. forces to withdraw from Syria, saying Daesh terrorists had been defeated.

The president reiterated that Turkey has "no eyes" on Syria's territory, adding: "But, our position against terrorist attacks targeting us from Syria is clear."

Erdoğan added that once the Syria-based terror threats are removed, the process of re-building Syria would be important for Turkey.

A mission east of the Euphrates, which Turkey's leadership has been suggesting for months, would follow two successful cross-border Turkish operations into Syria since 2016 -- Operations Euphrates Shield and Olive Branch -- both meant to eradicate the presence of YPG/PKK and Daesh terrorists near Turkey's borders.