Turkey will not abandon Arabs and Kurds to terrorists in Syria, Erdoğan says 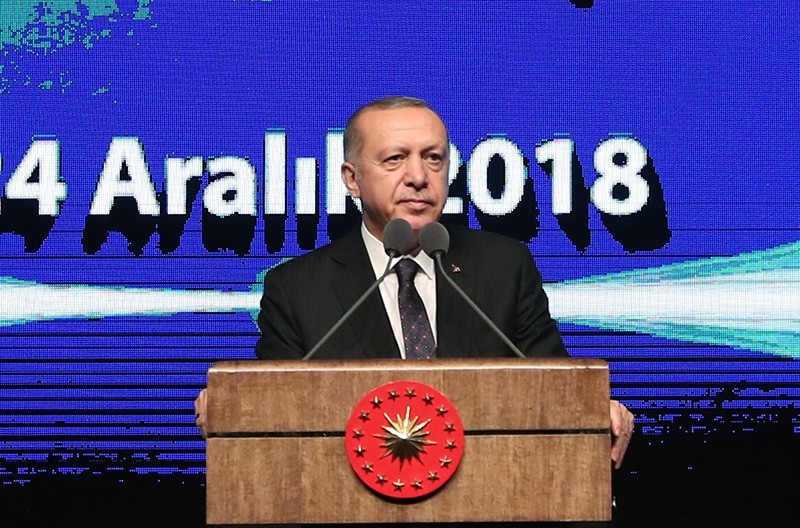 President Recep Tayyip Erdoğan reiterated Turkey's determination to protect the people of Syria from the oppression of terrorists, saying that the country considers the problems faced by the Arabs and Kurds as its own.

"We will not abandon Syria's Kurds to PKK/YPG and Arabs to Daesh," Erdoğan told a gathering at the Presidential Complex in Ankara Monday.

Erdoğan noted that one of the most important reasons for the suffering of the people in Syria is that they have been divided.

"The same is also true for Iraq and Yemen, Libya and Somalia," the president said, adding that Turkey hosts over 4 million Syrians and has enabled over 300,000 Syrians to return home after successfully clearing terrorists near its border.

"The issue in Syria is not about Arabs, Kurds or Turkmens, it is a matter of liberty and Syria's territorial integrity" Erdoğan added.

The Turkish military pushed into Syria northwest in two offensives, carving out a de facto buffer zone to protect its border towns and cities, which were targeted in cross-border attacks by both terrorist groups.

The first, "Euphrates Shield" in 2016, drove Daesh from territory along the border and prevented YPG from forming a continuous area stretching from Iraqi border to Afrin district located northwest of Aleppo. The second, "Olive Branch," wrestled the nearby Afrin region from the hands of YPG terrorists this spring.