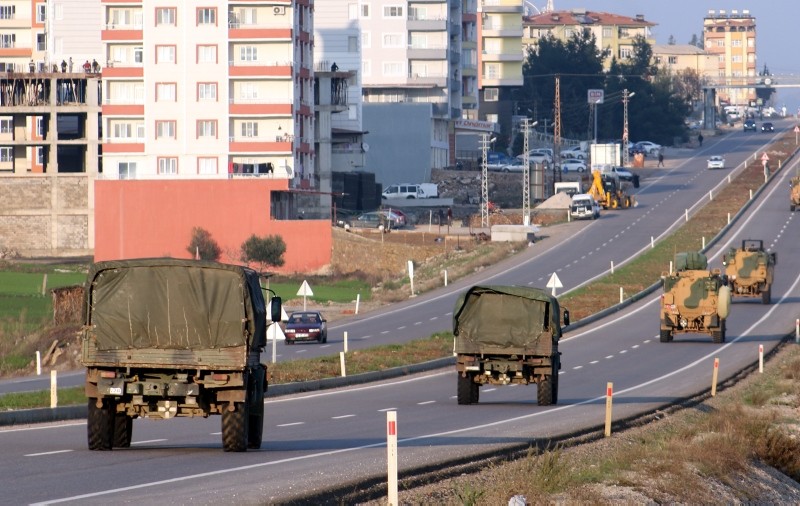 Turkey is determined to cross to the east of the Euphrates river in northern Syria as soon as possible, Foreign Minister Mevlüt Çavuşoğlu said Tuesday.

Çavuşoğlu noted that the developments about the U.S.' withdrawal from Syria should not serve the terrorist PKK-linked People's Protection Units (YPG).

"Turkey will enter Syria if it says so," Çavuşoğlu said, as Ankara decided to delay its third military operation in northern Syria amid diplomatic traffic with Washington and said it would wait for the U.S. to withdraw from the region.

He said that Turkey and the U.S. agreed to complete Manbij roadmap by the time the latter fully completes its withdrawal from Syria.

"We can clean Daesh terrorists regardless of where they are located in Syria," the foreign minister said, adding that Turkey can cooperate with everyone except terrorists to fight Daesh, but the country also has the power to fight them by itself.

The foreign minister noted that he will be visiting Russia soon to discuss the withdrawal process, highlighting that Turkey aims to utilize the Astana process and turn it into a political solution through the Geneva talks.

Çavuşoğlu also warned France that its presence in Syria to protect terrorist YPG would help neither France nor the YPG.

With regards to Iraq, the foreign minister said that Turkey's priority is to clean terrorist PKK elements in cooperation with the Iraqi government.

Last Wednesday, Washington announced it would be withdrawing all of its troops from Syria, following a conversation between Erdoğan and his U.S. counterpart Donald Trump over an imminent Turkish cross-border operation to eliminate the PKK-affiliated People's Protection Units (YPG) from northern Syria. It has been reported that the U.S. still has about 2,000 troops in Syria. Almost all the territory east of the Euphrates river comprises about one-third of the territory of Syria, except for the Bashar Assad regime-controlled area near Deir el-Zour and the area near the Iraqi border controlled by the Syrian Democratic Forces (SDF), a group dominated by the YPG.

Turkey recognizes the PKK and the YPG as organically linked terrorist groups. The U.S., however, while listing the PKK as a terrorist group, has supported the YPG militarily under the pretext of fighting Daesh. The U.S., despite Ankara's warnings, previously supplied truckloads of military support to the YPG. Washington's cooperation with the YPG was initiated during the Obama administration, under the pretext of fighting Daesh. Ankara has objected to the decision since.