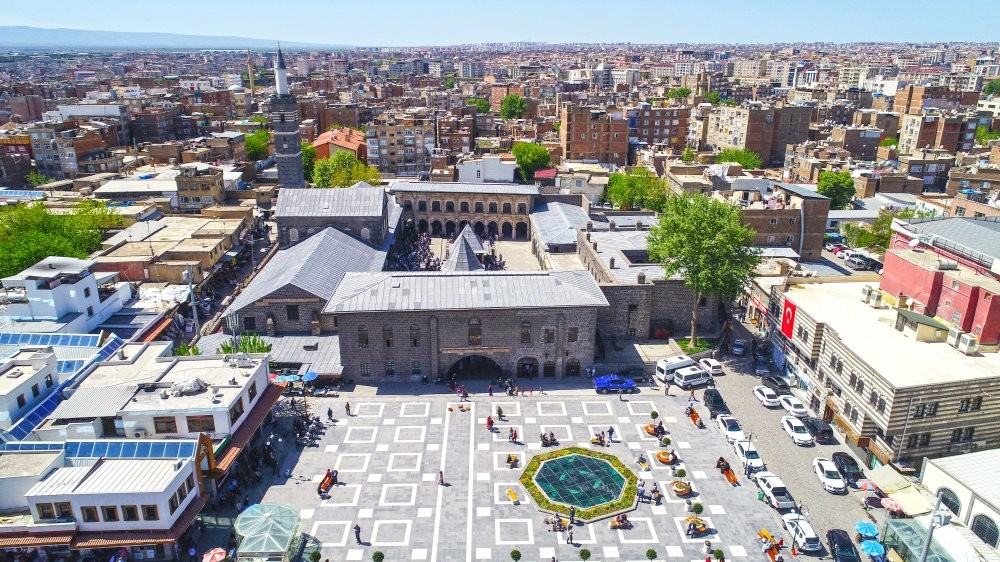 Diyarbaku0131r's historical district of Sur is being transformed through major public investments in infrastructure and housing.
by daily sabah
Dec 27, 2018 12:00 am

As peace prevails in PKK-torn Diyarbakır, Şırnak and Hakkari, southeastern Turkey is reviving itself through some extensive reconstruction work by the government

Three years ago, brutal actions by the PKK caused three key provinces of southeastern Anatolia, Diyarbakır, Şırnak and Hakkari, to suffer under terrorist activities. Witnessing the attacks of the terrorist organization for a remarkable time, when peace was finally reached in the region, the provinces were faced with heavily damaged cityscapes as infrastructure as well as public spaces such as schools and mosques were no longer functional. Today, all three provinces have been revived thanks to the reconstruction work of the state, leaving the memories of the PKK's terrorist activities behind. So far, thousands of houses, workplaces, mosques and schools have been restored in the region by various state institutions, under the leadership of the Ministry of Environment and Urbanization.

The damaged historical monuments were also restored. In total, 26.000 new houses were built in 11 different towns with more than TL 10 billion ($1,89 billion) of investment.

Diyarbakır Bar Association Chairman Tahir Elçi was killed in an armed PKK attack in November 2015 after a press release in Sur, a city well-known for its historic features. Elçi was shot in the head during the armed clashes, two police officers were also killed, three journalists and one police officer were injured. A curfew was immediately declared after the incident along with counterterrorism operations, which lasted 103 days, killing 271 terrorists.

Founded in 1978 and fighting a bloody war against Turkey ever since, the PKK is listed as a terrorist organization by Turkey, the U.S. and the EU. Although there was a brief reconciliation period, the terrorist organization resumed its armed campaign in July 2015. It is responsible for the deaths of some 1,200 security personnel and civilians, including women and children.

However, despite the success of the operations, five neighborhoods in Sur were completely destroyed, and the residents were forced to flee, creating a group of terror-stricken people who suffered and demanded their homes back.

Some 120 of the damaged mosques in the region were reopened for worshipers thanks to restoration work. The reconstruction of the destroyed mosques, on the other hand, is still continuing.

The historical town of Sur in Diyarbakır has gained a new face thanks to the TL 2 billion worth of restoration work. In the town, 12 kilometers long canalization, 11 kilometers long drinking water and nine kilometers long rain water lines were rejuvenated.

A total of eight historical monuments, including the Hz. Süleyman and Sheikh Mutahhar mosques and the Four-legged Minaret are also being restored. The restoration of nine other historical pieces, including the Fatihpaşa Mosque and the Armenian Catholic Church, on the other hand, is on going.

On the other hand, for the families who have suffered due to terrorism and had to leave their houses without taking any possessions with them, a total of TL 90 million rent and TL 18 million liras of food aid have been provided.

Similar work is also being conducted in Şırnak and Hakkari, where, starting in 2015, the terrorist PKK held the provinces somewhat captive after the group's sympathizers dug ditches on streets and militants launched attacks at police and soldiers. Over a period of eight months, thousands of apartments were damaged in the provinces, where a large number of civilians and security personnel fell victim to PKK terrorism.

In Şırnak, the roads have been renewed and lit up, 86 schools have been restored and made ready for the education period. A total of 16 schools were damaged in Şırnak's city center. However, in its towns, the number was 84. Some 12 of these schools, which became unusable due to the damages, have been overthrown and new projects launched to rebuild them. At least 11 mosques were destroyed while 13 others were damaged. Those 13 mosques are being restored and opened for worship. To replace the destroyed ones, on the other hand, 45 others are being rebuilt in the city.

In Hakkari, thousands of buildings have been destroyed due to heavy damage. The ones which were lightly damaged, on the other hand, have been restored. For the terrorism victims, the building of 3,000 houses is continuing, changing the whole scenery of the city.