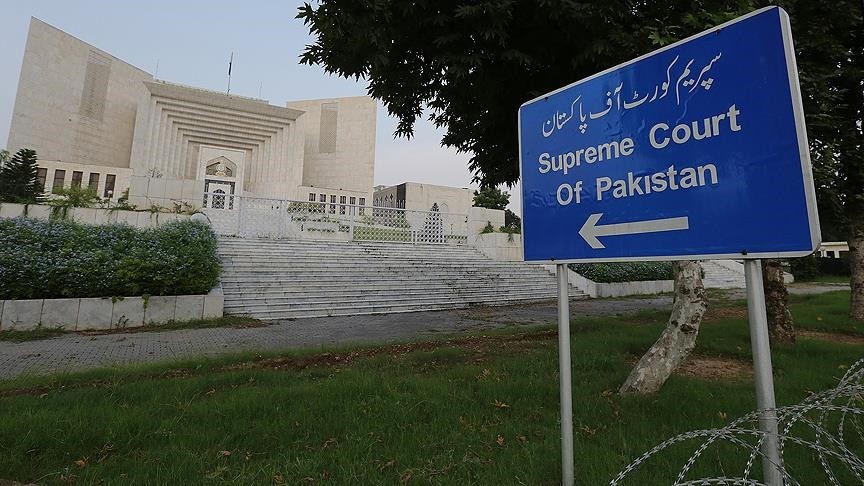 Pakistani authorities have decided to designate the Gülenist Terror Group (FETÖ) as a terrorist organization and hand its educational institutions over to Turkey's Maarif Foundation.

The Supreme Court of Pakistan on Friday ordered the Interior Ministry to list FETÖ, the group behind the 2016 coup attempt in Turkey, as a terrorist organization following the constitutional petition filed by a local lawyer Sohail Sajid on Dec. 13.

The Pakistani ministry is also preparing to declare the FETÖ-linked Pak-Turk International Cağ Education Foundation (PTICEF), which runs numerous schools in Pakistan, as a "proscribed organization" and ban its activities in the country.

A bench of the apex court, headed by Chief Justice of Pakistan Mian Saqib Nisar, ordered the concerned authorities to immediately hand over all movable and immovable assets, schools, colleges, education centers and other similar entities owned by the FETÖ-linked organization to the Maarif Foundation. The court also directed the country's financial institutions to immediately freeze the bank accounts of FETÖ-linked foundations and give custody of such assets to Maarif Foundation.

Pakistani police and other law enforcement agencies were advised to extend full support to the Maarif Foundation in taking control of the educational institutions.

Speaking to media Friday, President Recep Tayyip Erdoğan confirmed that Pakistan has decided to recognize FETÖ as a terrorist organization. He added that the next step will be handing the FETÖ-linked institutions to Turkey.

He added that there were also some positive steps taken in Azerbaijan on the matter and new announcements on related progress would come in the upcoming days. The Turkish Foreign Ministry also issued a statement, expressing Ankara's satisfaction on the development.

"This verdict, which we regard as a manifestation of bilateral cooperation rooted in strong mutual bonds between Pakistan and Turkey, should set a precedent for all countries. Our country will increasingly continue its cooperation with Pakistan in all fields in the upcoming period," the ministry said.

With the decision, Pakistan becomes the only country other than Turkey to declare FETÖ as a terrorist organization.

There are 28 schools run by FETÖ-linked organizations in Pakistan. The country, however, has been fighting against the terrorist organization for some time now. In November 2016, Pakistan asked 108 teachers working at FETÖ schools to leave the country with their families. The decision included teachers working at 23 schools and their families, totaling around 400 people. Trustees were appointed to the schools to prevent any interruption in education.

FETÖ and its U.S.-based leader Fetullah Gülen orchestrated the defeated coup on July 15, 2016, which killed 251 people and wounded nearly 2,200. FETÖ is behind a long-running campaign to overthrow the Turkish government by infiltrating Turkish institutions, particularly the military, police and judiciary.

The terrorist group is also known to operate hundreds of schools through its network around the world. For decades, it disguised itself as a charity movement with religious undertones, opening charities, companies, and schools that would enroll children of the local elite. They indoctrinated the students and used them to infiltrate confidential institutions and eventually seize power in countries they operate within 20 to 30 years. FETÖ members enjoyed safe haven in most countries before the 2016 coup attempt, but Turkey's diplomatic efforts after the putsch bid have paid off with most countries agreeing to cooperate with Ankara to crackdown on the terrorist group.

Currently, the Maarif Foundation, which coordinates Turkey's education activities abroad, with the help of the Education Ministry and Foreign Ministry, is working to take over FETÖ-linked schools all over the world.

The Maarif Foundation manages both international investments in education and the seizure of FETÖ-affiliated schools in 108 countries. Since its establishment, the foundation has made official contact with 90 countries, appointing directors to 40 so far. It currently runs 101 schools.