Security tightened with increased technology on Turkey's border with Syria 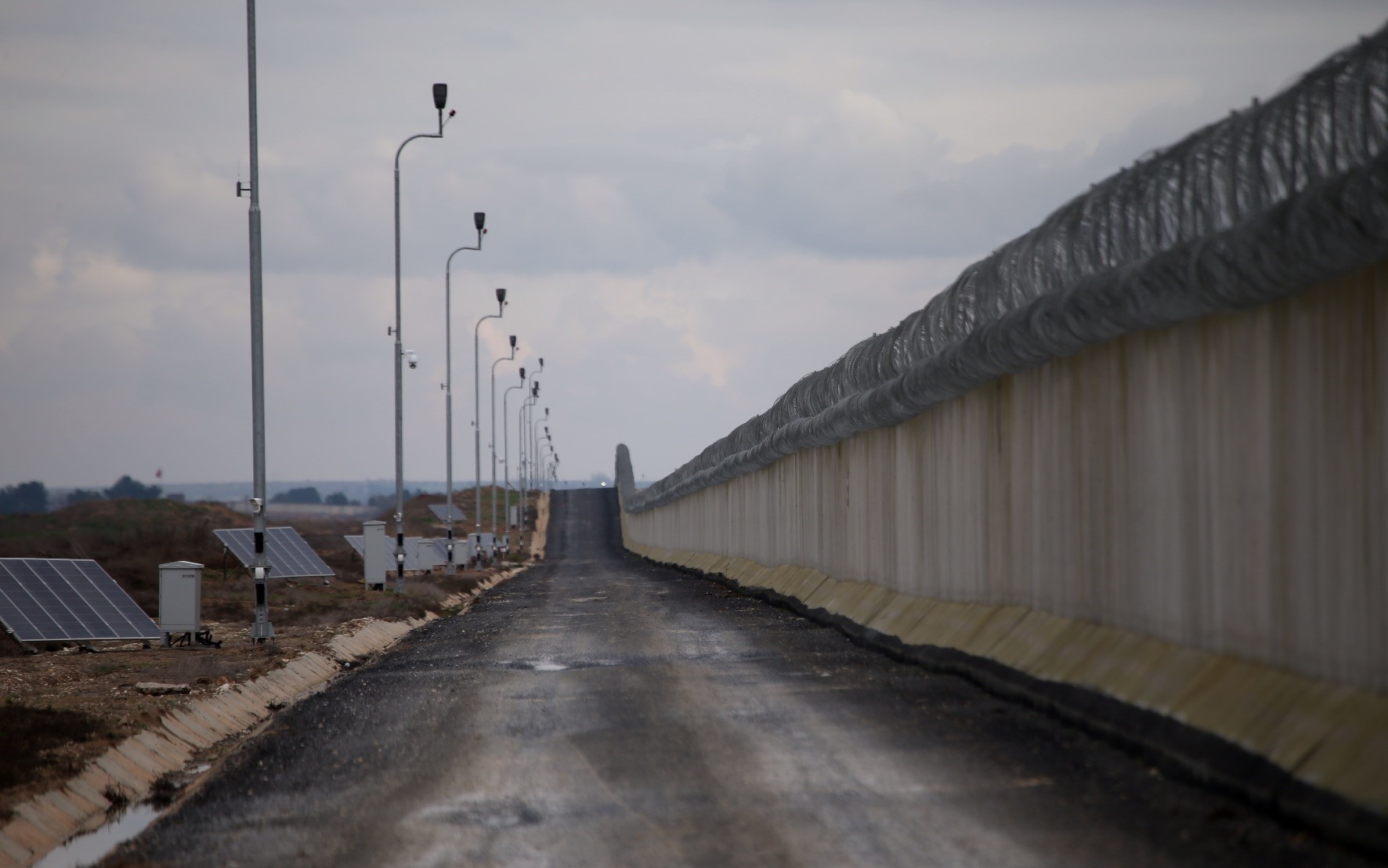 The new high-tech system, along with a modular concrete wall erected to curb illegal crossings by smugglers and terrorists, is expected to work as an added measure for security along the countryu2019s border.
by Anadolu Agency Jan 07, 2019 12:00 am

Kemal Ak, an information technologies teacher, told Anadolu Agency (AA) that the Turkish ministries of the Interior and National Defense had built a 911 kilometer concrete wall as part of a Border Physical Security Systems project, and the ministries wanted to contribute to this work.

In that scope Ak said they developed the Smart Border Security System together with a team of eight people: "We have been working on it for a year." Explaining the system, he said: "Apart from illumination, we have set up a system with solar energy. We developed the systems of illumination, cameras and sensors." Ak added that once a border violation is detected, cameras will turn toward that area and the scene will directly be forwarded to an operations center and police station.

Apart from the measures mentioned above, seven observation towers, 16 thermal cameras, 19 solar systems and 15 spotlight fixtures were also set up on the wall in Akcakale.

The smart weapons and automatic announcement system installed on the 26 foot high armored towers established in the border regions prevent illegal transitions to a great extent and the mobility of terror groups on the other side of the border is also reduced.

The new high-tech system, along with the modular concrete wall erected to stop illegal crossings by smugglers and terrorists, is expected to work as an added measure for security along the border. The concrete wall, made up of 7-ton concrete blocks, each of which is 3 meters long and 4 meters high, stretches from Hatay province in the most western region of the border with Syria to Mardin province, at a length of 911 kilometers. Ankara had launched the construction project in 2015 as part of Turkey's measures to increase border security and combat smuggling and illegal border crossings.

"Instant coordinates are also detected and it allows the element to be quickly captured," he said, adding that 40 kilometers of border were secured with 90 cameras.

Noting that the whole project was executed by Turkish engineers, he said: "We've applied this for the first time on [southeastern Sanliurfa's] Akcakale border."

He went on to say that efforts for the border along Iran, Georgia and Armenia were ongoing and the system would become widespread once it is seen useful by officials.

Pointing out that the town was greatly affected by the developments in Syria, Akçakale Mayor Abdülhakim Ayhan said they are very glad that border safety has been enhanced.

Asserting that previously people illegally entered Turkey from Syria's Tal Abyad region with various purposes, including terrorism, Ayhan said the region has become more secure thanks to the concrete walls on the borders and the installed Smart Border Security System.