Unlike conflicting US claims, protection of Kurds remains high priority for Turkey 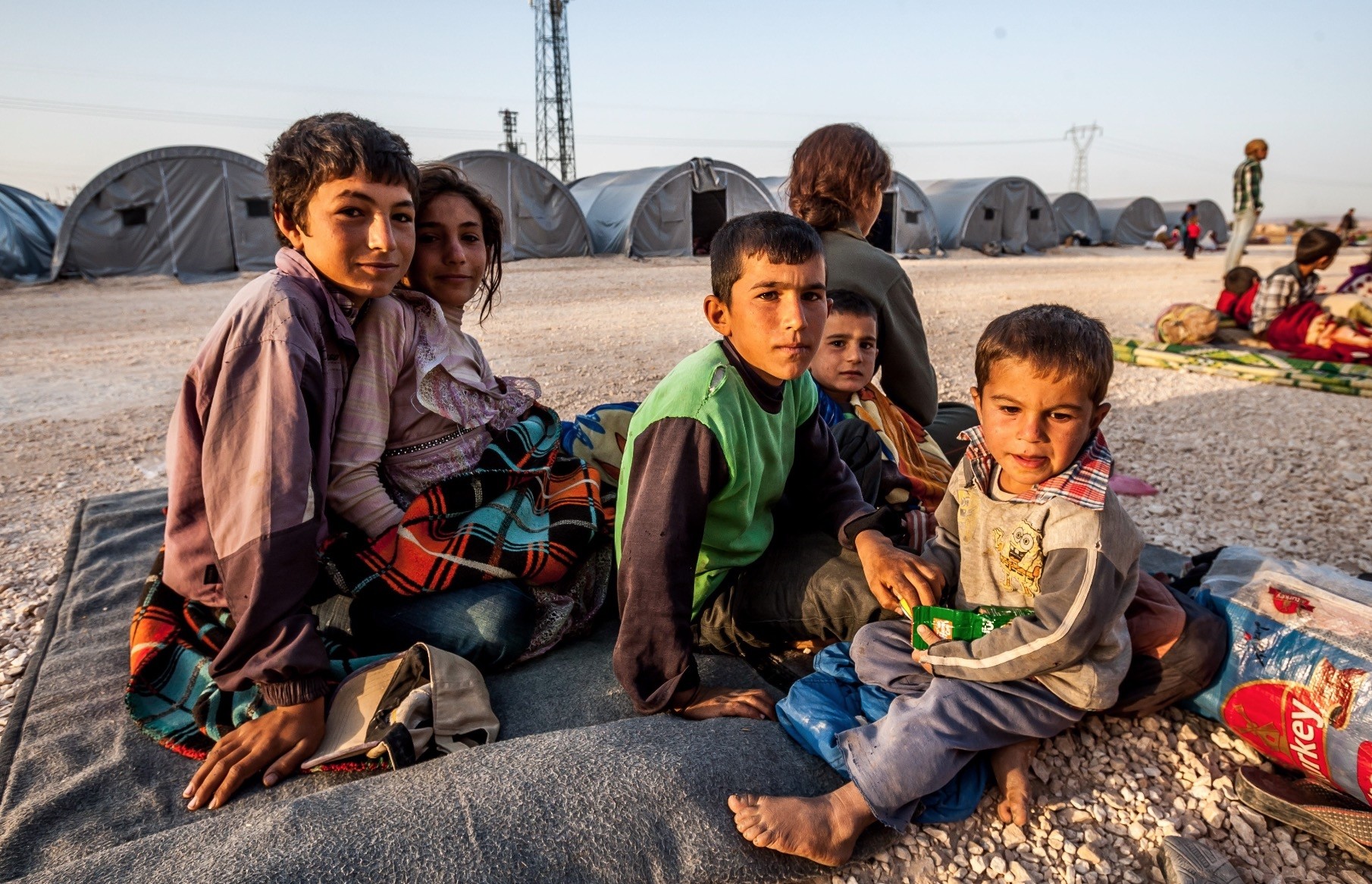 History proves that Turkey has always welcomed Kurds facing oppression in other countries in the region, particularly in Syria and Iraq, showing that the U.S.' statements are baseless

Turkey has always kept its doors open for people needing help in the region and this includes the Kurdish people. Whenever they were in need of protection, Turkey was there, despite the U.S.' implications that Ankara is fighting Syria's Kurds, whom Washington is equating with the PKK terrorist group's Syrian affiliate the People's Protection Units (YPG).

"Unfortunately, Turkey previously has failed in explaining its policies to the Western media. Thus, for instance when Turkey expressed concerns over a terror corridor forming on its Syrian border, it has been reflected as Turkey is against the Kurds in the region. However, history proves otherwise," said Çetiner Çetin, an Ankara-based journalist who focuses on the developments in the region.

He added that on various occasions when the Kurds faced oppression in the past, Turkey opened its doors to them. According to Mustafa Ekici, the coordinator of Turkey's state-run Kurdish language TV channel TRT Kurdi, what the U.S. is doing right now is unacceptable. "It is trying to equate the protection of terrorist organizations with the protection of the Kurds. However, neither the PKK, YPG nor the U.S. are the owners of the Kurds," Ekici said. Meanwhile, U.S. President Donald Trump's national security adviser, John Bolton, said on Sunday that the U.S. military withdrawal from northeastern Syria is conditioned on defeating the remnants of the Daesh terrorist group and on Turkey assuring the safety of fighters allied with the United States, including the Syrian Democratic Forces (SDF) that are dominated by YPG terrorists.

U.S. President Donald Trump's national security adviser, John Bolton, said on Sunday that the U.S. military withdrawal from northeastern Syria is conditioned on defeating the remnants of the Daesh terrorist group and on Turkey assuring the safety of fighters allied with the United States, the Syrian Democratic Forces (SDF), that are dominated by YPG terrorists.

Turkey opens its doors to Kurds first in late 1980's

Pointing to the historical connection between Turkey and the Kurds in the region, Ekici said that during World War I, Kurds and Turks fought together for the Ottoman Empire. However, following the war, when the borders were redrawn and new states were established, people had to be divided and became citizens of different states such as Turkey and Syria.

"However, despite this division, Turkey continued to pursue its emotional attachment with these people. During Iraqi President Saddam Hussein's era, 1 million Kurds came to Turkey, and the country accepted them without any second thoughts, or saying that they are the citizens of another country," Ekici underlined.

Until a U.S.-led invasion toppled Saddam Hussein in 2003, his ruling Baath Party had maintained a tight grip on Iraq, and most particularly the Kurds, for more than three decades, causing many to take refuge in Turkey during the early 1990s. The Halabja chemical attack was one of the most brutal events of the era. According to official numbers, 5,000 people were killed and 7,000 injured when Iraq's then-president ordered a chemical attack on the city on March 16, 1988. The massacre was part of the larger Al-Anfal campaign in which Baathist Iraq sought to punish insurgent Kurdish groups and terrorize local Kurds, Turkmens, Assyrians and other minorities. During the campaign, more than 100,000 civilians were murdered, hundreds of settlements were wiped out and chemical weapons were used. Iraq's High Criminal Court recognized the massacre as genocide on March 1, 2010. At a separate occasion, in 1992, 2.5 million Kurds had to migrate from Iraq due to the oppressions and they came to southern districts of Şemdinli, Silopi and Çukurca.

"At that time, Kurds came to Hakkari [southern province of Turkey]. My father was the mayor of the province so I remember those days very clearly. Turkey welcomed those people without any hesitation, or any discrimination, the country supported them all," Çetin said.

300.000 Kurds took refuge in Turkey due to YPG oppression

When it comes to the Kurds in Syria, the picture was not much different than the one in Iraq. Syrian Kurds, who mainly inhabit the northern regions of the country, have long been the victims of oppression. In recent history, they have faced the cruelty of the Baathist Assad regimes, first under Hafez Assad, from 1971 to 2000 and then under his son, Bashar Assad, who did not even recognize Kurds as Syrian citizens.

Known for its Arab nationalism, the Baathist regime enforced a policy of demographic changes in areas with Kurdish populations, which is believed to be between 7 to 10 percent of the Syrian population — between 1.6 million and 2.5 million people. In 1962, a census conducted in Hasakah province declared nearly 20 percent of Syrian Kurds stateless, according to research conducted in 2016 by Chatham House titled "Kurdish Self-governance in Syria: Survival and Ambition."

Despite the oppression of the Kurdish population by the Assad family, the PKK and its affiliates have found Syrian territory to be a safe haven for activities since the 1980s and founded the YPG. When the Syrian war started in 2011, the YPG gained power in northern Syria thanks to the U.S. support that was provided under the pretext of the fight against Daesh. However, this presence of the YPG in the region did not stop Turkey from providing security for the Kurds of the region. For instance, during the siege of Kobani city in northern Syria by Daesh in 2014, some 300,000 Kurds fled to Turkey and the country, once again, opened its doors without hesitation.

Since 2011, Turkey has received a constant flow of displaced Syrians fleeing the conflict, and their numbers have expanded from mere thousands to millions. Currently, there are more than 3.5 million Syrian refugees in Turkey, which is the highest number in the world. Over 475,000 of these Syrian refugees, 300,000 of whom are Kurds, came from YPG-controlled areas of the war-torn country.

"They [Kurds who escaped from YPG] did not try to escape from Daesh, the U.S. or the Syrian regime; they escaped from the YPG itself. Therefore, diplomatically, what the U.S. says has no meaning," Çetin said.

"Therefore, if there is the need to protect the Kurds, this right and duty belongs to Turkey, not any other state or entity," Ekici emphasized.

According to Özcan Tikit, a columnist for the Habertürk daily, the YPG aims to escalate conflict between people in the region and the U.S. has become a tool of these policies.

"Until recently, there was no bloodshed between Kurds and Arabs. However, now, because of the YPG's brutal policies in the region, where they killed many Arabs and displaced thousands of others, there is major conflict between the two ethnic groups," he said. Tikit added that the U.S. does not have the power to change these policies of the YPG, thereby failing in portraying proper patronage over the terrorist organization.

"The last step of the YPG's policy of dividing people is to create bloodshed between Turkey and the Kurds. The latest statements by Bolton prove that," Tikit underlined.

"However, the Kurds are an already highly integrated segment of society in Turkey," he further said.

"The Kurds who escaped from the YPG did not flee to the U.S., Russia or any other state, rather they came to Turkey and were welcomed here," he reminded. "Therefore," he indicated, "these kinds of statements are quite disrespectful against Turkey."

In mid-December, President Recep Tayyip Erdoğan announced an imminent Turkish operation east of the Euphrates River in northern Syria, saying Turkey had begun taking action for an offensive against the PKK terrorist group's Syrian affiliate. However, with the U.S. decision to withdraw from Syria, Erdoğan said Turkey would postpone the operation until the withdrawal of U.S. troops is completed.

In Turkey, Kurds make up 15-20 percent of the population and legally are not regarded as minorities. In early 2013, under then-Prime Minister and current President Recep Tayyip Erdoğan, the Turkish government launched an initiative publicly known as the resolution process to end the decades-old conflict with the PKK, whose terrorist campaign has claimed the lives of more than 40,000 people over 30 years. The process stalled in 2015 after the murder of a number of police officers and soldiers, which the PKK claimed responsibility for. The PKK is listed as a terrorist group by the U.S., the EU and Turkey.