US having difficulties withdrawing from Syria, FM says 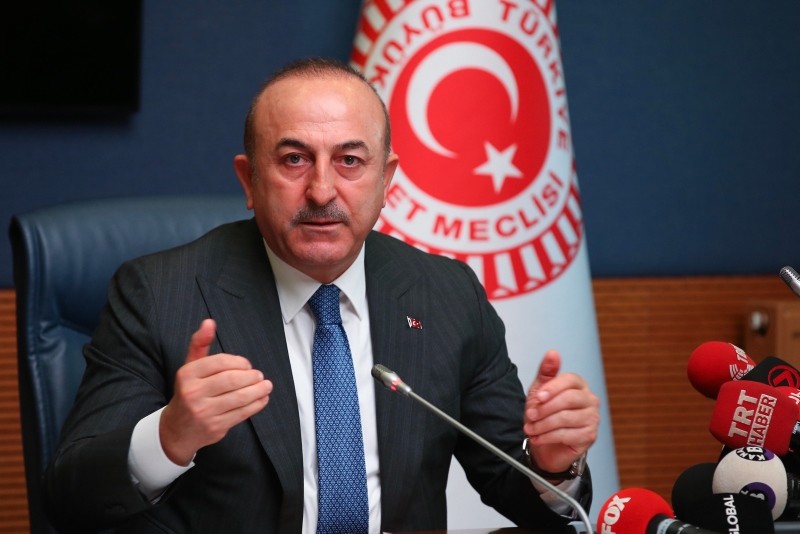 The U.S. is having problems withdrawing its forces from Syria as it attempts to end involvement with the PKK terrorist organization's Syrian offshoot People's Protection Units (YPG) because it's too engaged, Foreign Minister Mevlüt Çavuşoğlu said Wednesday.

"We see that the U.S. has some difficulties while withdrawing [from Syria]," Çavuşoğlu told the parliament's Foreign Affairs Committee.

Ankara has long criticized the U.S. working with the terrorist YPG dominated Syrian Democratic Forces (SDF) to fight Daesh in Syria, saying that using one terror group to fight another makes no sense.

In its 30-year terrorist campaign, the PKK has claimed some 40,000 lives, including women and children.

Çavuşoğlu reiterated that Turkey has repeatedly rejected U.S. claims that Washington will not withdraw its troops from northeastern Syria without a guarantee from Ankara that it won't attack "Kurds." Turkey's leadership has stressed that equating "Kurds" with the terrorist YPG is not acceptable.

Çavuşoğlu added that under the Astana process, Turkey has been coordinating with Russia and Iran on Syria.

In the northwestern Syrian city of Idlib, there have been "no problems faced so far with the implementation of the Idlib deal, and Turkey has no wish to face problems going forward," the foreign minister said.

With regards to the civil war and the humanitarian crisis in Yemen, Çavuşoğlu said finding a solution to the Yemen issue will be one of Turkey's priorities in 2019.

On the Cyprus issue, he said European Parliament elections set for this May have forestalled the start of any Cyprus negotiations.