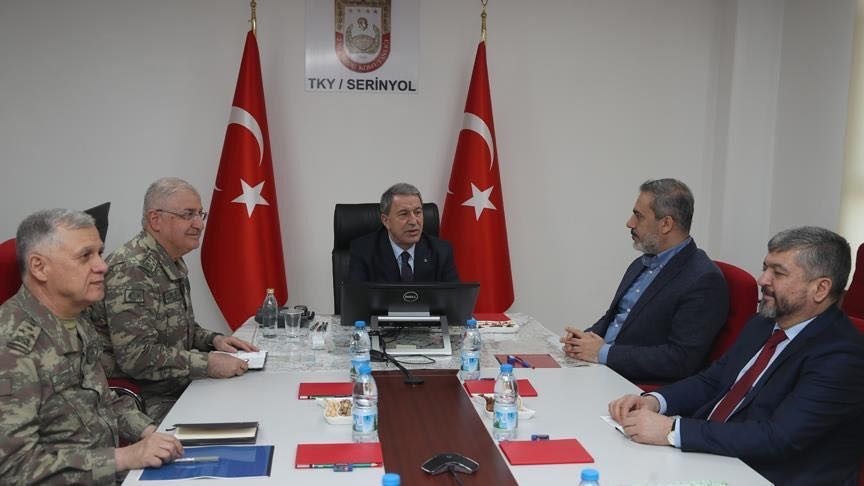 Turkish officials met at the Hatay border to discuss the situation in Syria's north and efforts on maintaining the ceasefire in Idlib.

"All efforts are being made to maintain the ceasefire and stability under the Sochi agreement. Our close cooperation with Russia continues in this manner," Minister Akar said.

Following a meeting last September in the Russian city of Sochi between President Recep Tayyip Erdoğan and Russian counterpart Vladimir Putin, the two sides agreed to set up a demilitarized zone — in which acts of aggression are prohibited — in Idlib.

Ankara and Moscow also signed a memorandum of understanding calling for the "stabilization" of Idlib's de-escalation zone.

Under the deal, opposition groups in Idlib will remain in areas in which they are already present, while Russia and Turkey will conduct joint patrols in the area with a view to prevent renewed fighting.

Syria has only just begun to emerge from a devastating conflict that began in 2011 when the Assad regime cracked down on demonstrators with unexpected ferocity.​