Turkey: No permission needed to launch offensive against YPG 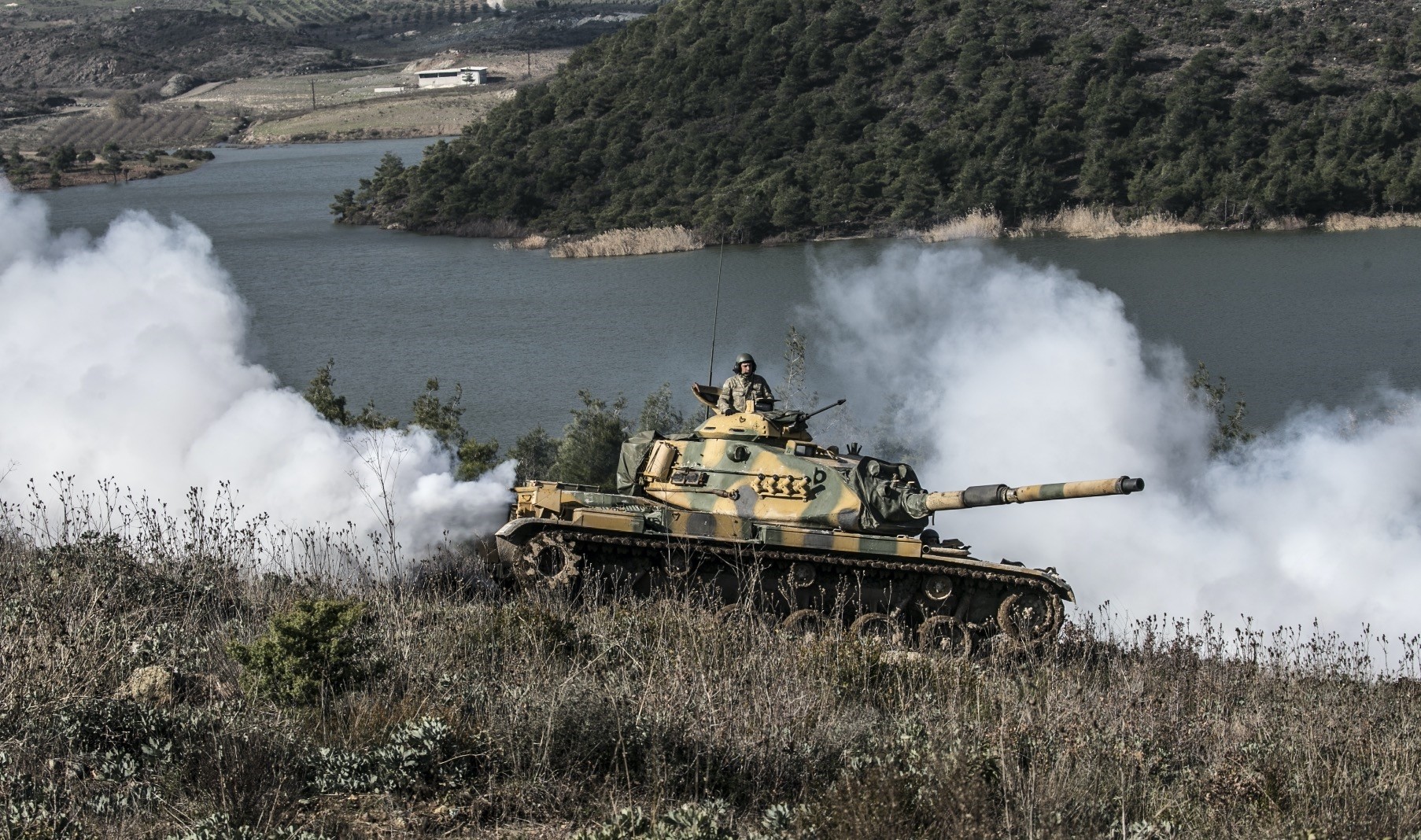 Turkey has said its military offensive against the PKK-affiliated People's Protection Units (YPG) in northern Syria hinges on its own decision, regardless of anyone's permission. "We do not seek permission from anyone. We would take necessary steps against terrorists near our borders, and we will decide the timing on our own," Foreign Minister Mevlüt Çavuşoğlu said late Saturday at a meeting in southern Antalya province. Stressing that Turkey has a significant position with regard to coming up with a solution and taking steps for stability in Syria, Çavuşoğlu said active diplomacy and efforts to prevent humanitarian crises have made the country a major player in world diplomacy.

"We present a vision to stop bloodshed and reaching a political solution with our efforts in Aleppo and Idlib with other powers," he said.

After a Sept. 17, 2018 meeting in Sochi between President Recep Tayyip Erdoğan and his Russian counterpart Vladimir Putin, the two sides agreed to set up a demilitarized zone in which acts of aggression are expressly prohibited in Syria's Idlib province. The two countries, along with Iran had also initiated a deal for an evacuation from Aleppo in late 2016 after the Assad regime took control of the city.

"The interlocutor of our president is President Trump even though different voices have been raised from [U.S.] security forces and other elements. He [Trump] told our president two times about withdrawal. We condemn [U.S. National Security Adviser John] Bolton's criticisms voiced with an unacceptable rhetoric from Israel," he said.

Earlier on Dec. 19, Trump announced an immediate withdrawal of troops from Syria but later said that he did not have a specific time limit for the pullout, signaling an extension of the presence of U.S. troops on the grounds.

Bolton said last week that as a precondition for U.S. withdrawal, the protection of YPG terrorists must be assured, which drew fire from Turkish politicians, including top government officials.

Erdoğan lashed out at Bolton's remarks by indicating that Turkey cannot accept the U.S. condition of protecting YPG terrorists.

However, unlike Bolton's comments on the YPG, U.S. State Secretary Mike Pompeo said that Turkey has a legitimate security concerns in Syria.

In a phone call with Çavuşoğlu on Saturday, the two foreign ministers discussed the latest developments in Syria, according to the sources.

Speaking in Abu Dhabi later in the day, Pompeo said there were still many details to be worked out with Turkey but he was optimistic that a "good outcome" can be achieved that protects Turkey from legitimate terror threats.

Pompeo also said the withdrawal of U.S. troops from Syria was a "tactical change" and does not alter U.S.' military capacity to counter Daesh and Iran.

Similarly to Pompeo, Republican U.S. Sen. Lindsey Graham also said that there are some elements among the Kurds in Syria who pose a legitimate national security threat to Turkey and that hopes to have a meeting with Erdoğan to discuss the situation in the war-torn country.

"I look forward to meeting with President Erdoğan in the near future to discuss common interests and security concerns regarding northeastern Syria," a statement released by the senator said Saturday, adding that there are millions of Kurds living in Turkey, who are vibrant members of Turkish society.

Graham highlighted that Turkey's concern regarding YPG elements "must be addressed in a real way to ensure that Turkey's borders are secure and are protected from any threats."

The senator added that any final disposition in Syria must address Turkey's national security interests and concerns.

"The mission in Syria is not yet complete and we must continue to work with our partners and allies to ensure that ISIS is destroyed and never returns," Graham said using another acronym for the Daesh terrorists.

Turkey says the weapons are ultimately transferred to the PKK - designated as a terror group by the U.S., Turkey and the EU - and used against Turkey. The PKK has been waging a terror campaign, which had led to the deaths of some 40,000 people, including women and children, since the 1980s.