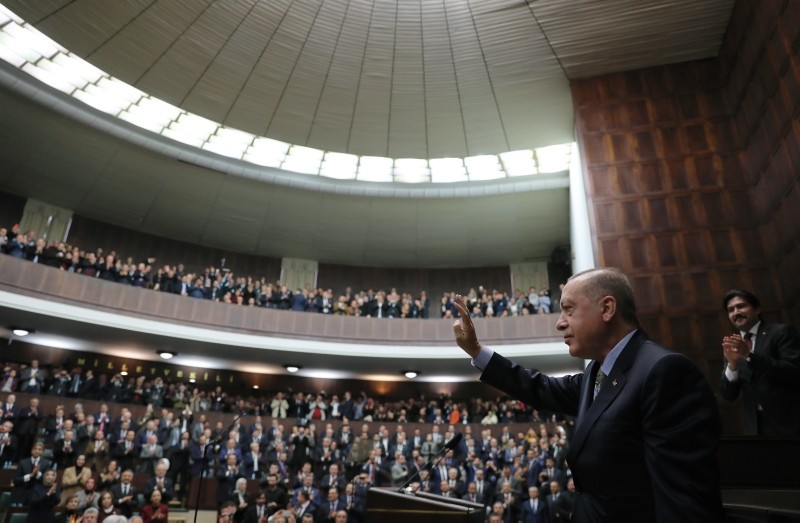 Turkey and the U.S. reached an understanding of historical importance regarding the establishment of a secure zone in Syria in a phone call held by the leaders of the two countries on Monday, President Recep Tayyip Erdoğan said.

Speaking at the Justice and Development (AK Party) Party's parliamentary group meeting on Tuesday, Erdoğan said that he told his U.S. counterpart that Turkey will do its part to resolve the issues in Syria.

"U.S. President Donald Trump once again confirmed the withdrawal of troops from Syria in a phone call yesterday, and we decided to continue to hold bilateral talks on all issues regarding Syria, including a safe zone to be created by Turkey along the border," Erdoğan said.

Shortly after the meeting, Erdoğan told reporters that the aforementioned zone could be extended beyond 20 miles, while he criticized the Obama administration for failing to work in this regard.

He suggested that Turkey can build a secure area near the border with the financial help of coalition forces. These secure areas would have homes built exclusively for the people of the area, in line with their customs and lifestyles.

Erdoğan noted that he had previously mentioned this issue to other leaders, including German Chancellor Angela Merkel and the Saudi Crown Prince at the G20 Summit in China, who even proposed to provide financial support for the initiative but did not do so.

Earlier on Monday, Trump on Twitter said the U.S. was starting a "long overdue" pullout from Syria, and Washington would strike from a nearby existing base if Daesh started to re-form.

"I told Trump once again that Turkey prioritizes an effective fight against Daesh and other terrorist groups in Syria," Erdoğan said, adding that he also told his counterpart that Turkey welcomed everyone fleeing Syria with open arms, regardless of their ethnic or religious background, and that the YPG oppresses all groups, including Arabs, Kurds and Christians, who do not submit to their rule.