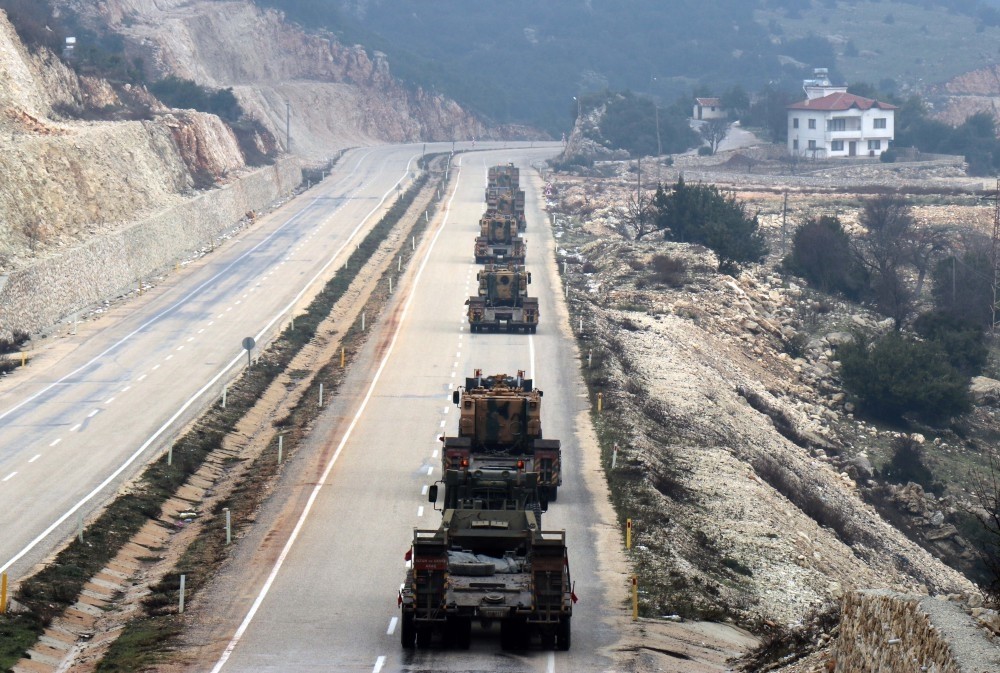 Turkey continues to build up its military and troop presence near the Syrian border for an operation against the PKK's Syrian affiliate, the People's Protection Units (YPG), east of the Euphrates.

Coming from various other provinces, the troops have reached the border province of Hatay.

Earlier in December, President Recep Tayyip Erdoğan announced an imminent Turkish operation east of the Euphrates in northern Syria, saying Turkey had begun taking action for an offensive against the YPG.

The deployment of the troops to the southern border of the country has continued since. A military convoy of nine railway cars, consisting of howitzers and tanks that are to be deployed to the Turkish border provinces of Şanlurfa and Kilis recently passed through the Kırıkhan district of Hatay under tight security measures.

On Jan. 4, military vehicles from Kilis on the Syrian border also reached Gaziantep. The military convoy, consisting of trucks loaded with tanks, rescue units and armored personnel carriers, departed from the southeastern province of Kilis, heading in the direction of the southern province of Gaziantep.

Military convoys were also spotted in Gaziantep, Kilis and Şanlıurfa provinces. A convoy carrying ammunition, generators and tank fuel passed through Şanlıurfa's city center before proceeding toward Mardin. Another convoy of ammunition-loaded trucks and armored personnel carriers transited through Kilis to Gaziantep.