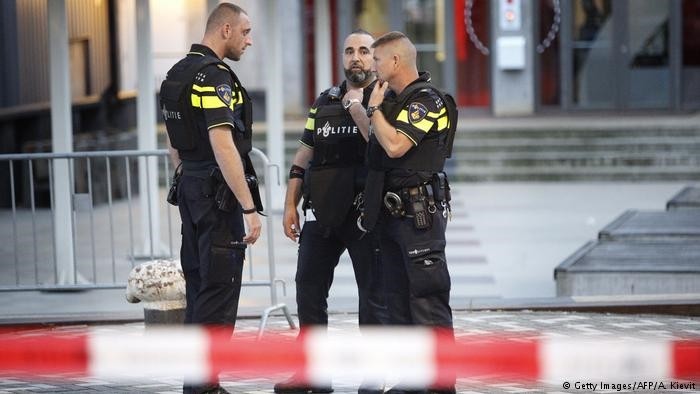 Altun, in a written statement, said the decision to deport Johanna Cornelia Boersma was made after Turkish authorities got intelligence from the Dutch police that the journalist had links to Jabhat al-Nusra, a terrorist group.

"I regret to inform you that Johanna Cornelia Boersma, a freelance reporter for the Dutch newspaper Het Financieele Dagblad, was deported this morning. The Communications Directorate had issued a press card for Ms. Boersma, which was valid until Jan. 31, 2019, earlier this month," said Altun, adding that the deportation was in no way related to her journalistic activities during her stay in Turkey.

The Dutch daily, De Telegraaf reported later in the day that Boersma was actually a suspect in an ongoing terrorism probe in the country.

Altun added that the Dutch police had also requested information about her movements in and out of Turkey.

"It is possible for Ans to believe that her expulsion is related to the fact that she had a relationship with a Syrian who was arrested in the Netherlands last autumn due to former membership of the Syrian terror organization Jabhat al-Nusra. Ans started working for the FD in February 2017," said Het Financieele Dagblad regarding the deportation of its employee, using the short version of her name, Ans. It is also reported that the trial the journalist was a suspect in was actually the trial that her boyfriend was judged in.

Following the incident, Altun also shared from his Twitter that the deported journalist Boersma had links to the terrorist organization, Jabhat al-Nusra, also known as the Nusra Front that has been active in Syria since 2012.

"If a credible foreign gov't agency tells you that one of their citizens has links to terrorism, you don't take any chances. The Dutch authorities alone are in a position to explain why they arrived at that conclusion. We won't speculate on the credibility of their intelligence," Altun said.

Altun's tweets followed a report in the local Dutch newspaper Het Parool, claiming that the deportation of the journalist did not come at the request of Dutch prosecutors.

To date "Turkish authorities, with help from their international partners, have blacklisted tens of thousands of individuals with links to terrorist organizations as part of an ongoing effort to combat extremism," he said.

Apart from its own fight against terrorism, Turkey also aims to assist other countries on the matter by, for instance, deporting foreign fighters. In January 2018, President Recep Tayyip Erdoğan said that Turkey has deported 5,600 foreign fighters and some 54,000 people were banned from entering the country.

Ankara has deported more than 5,000 Daesh suspects and 3,290 foreign terrorists coming from 95 countries in recent years. It has also busted several terrorist cells that provided logistical support in Syria and Iraq and attacks inside the country.

Hundreds of Daesh terrorists are headed toward Europe after secretly escaping war-torn Syria. Security experts have expressed concern this could add to Europe's security woes as Daesh militants could enter mainland Europe via smuggling routes.