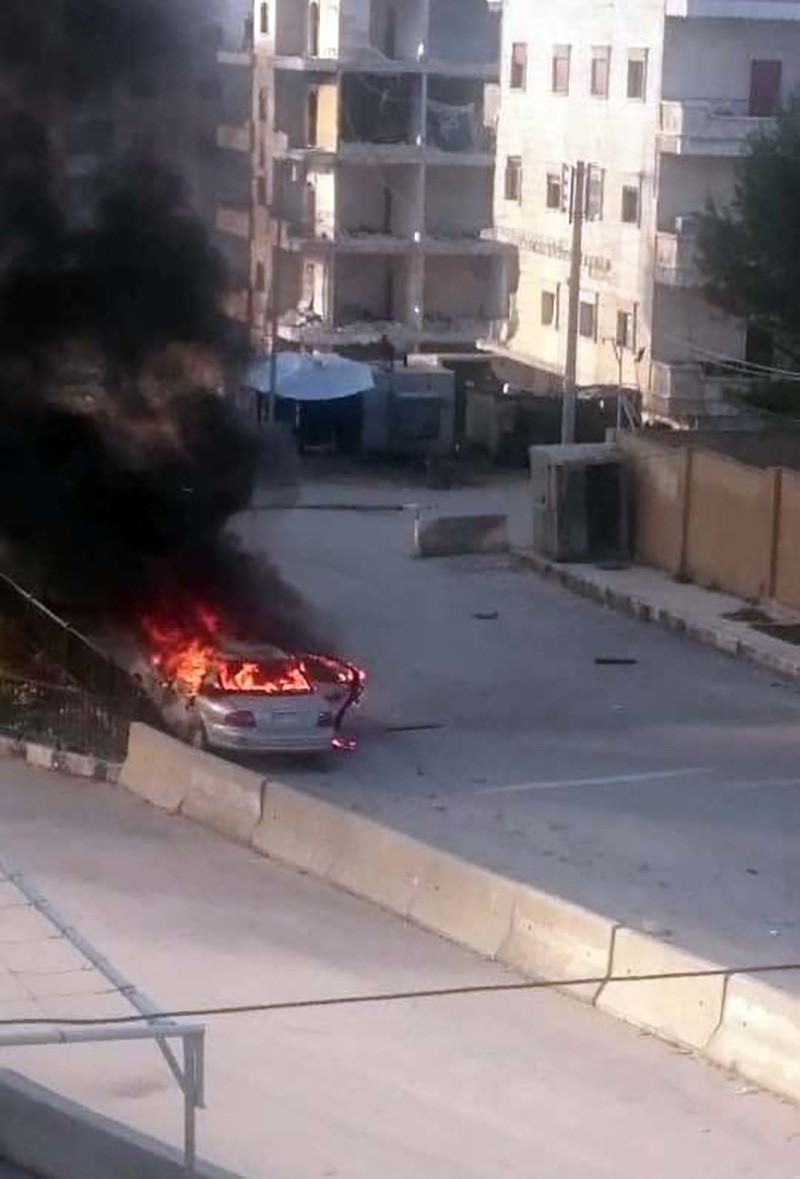 The city of Afrin in northern Syria was once again the target of a bomb attack Wednesday, marking the second such attack in a week in a place where stability was being enjoyed under the control of Turkish-backed forces.

The explosion came just days after a twin bomb attack left dozens of people dead and injured. Similar to Sunday's attack, no groups have claimed responsibility for the bombing, but some pundits pointed to the PKK's Syrian affiliate, the People's Protection Units (YPG), as possible perpetrators in an effort to destabilize the region. 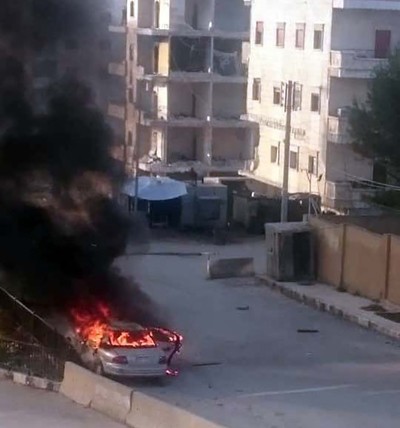 On Sunday, 10 people were killed and 18 others injured in two bomb explosions on the first anniversary of the start of Turkey's cross-border military action, Operation Olive Branch.

Speaking on the anniversary, President Recep Tayyip Erdoğan said the attacks would not deter Turkey from fighting terrorist threats along the country's border.

"These (attacks) will not deter us from fighting terror in Afrin. Our fight in Afrin, Jarablus, al-Bab will continue without interruption," the president said.

Launched in January 2018, Operation Olive Branch sought to eliminate the YPG near Turkey's borders and protect Syrians from oppression from the terrorist organization. In March of last year, Ankara announced that Afrin was under the complete control of Turkish forces.

Following the operation, Turkey has been involved in rebuilding the town's infrastructure, significantly transforming the city and making it possible for more than 200,000 Syrians who fled violence to return home.

The U.S. backed YPG is an extension of the PKK, which claimed the lives of more than 40,000 people in its 30-year terror campaign against Turkey. The U.S. lists the PKK as a terrorist group; however, it has provided steadfast military support to the YPG, causing a political rift in its relations with Turkey.

After the White House announced its decision to pull troops from Syria, tensions between the two NATO allies softened. In the face of mounting internal pressures, U.S. President Donald Trump and many other U.S. officials emphasized that they are determined to withdraw from the war-torn country.

On Tuesday, U.S. Secretary of State Mike Pompeo reiterated that Washington and the coalition countries "defeated Daesh in both Syria and Iraq" in the 49th World Economic Forum in Davos via teleconference, signaling that their withdrawal decision is resolute. He added that there are still lots of things to do in relation to the matter.

Although Washington is moving closer to ending its presence in Syria on the ground, it is not backing down on political pressure against the Bashar Assad regime.

The U.S. House of Representatives unanimously passed a bill late on Tuesday to sanction regime backers. The Caesar Syria Civilian Protection Act, named after a photographer who documented forged regime-issued death certificates for those killed by the regime in prisons and detention centers, enables the president to impose political and economic sanctions on foreign persons or entities that engage in business with the regime. Sanctions include freezing U.S. assets, blocking or revoking visas and prohibiting entry for those engaged in prohibited transactions.

In relation to the issue, Republican Congressman Michael McCaul said on Tuesday, "This legislation provides the administration much-needed leverage" and "encourages negotiations and a political solution to end this conflict."

However, the bill has not been passed by the Senate yet because the Democrats have refused to participate in a vote during the current government shutdown.