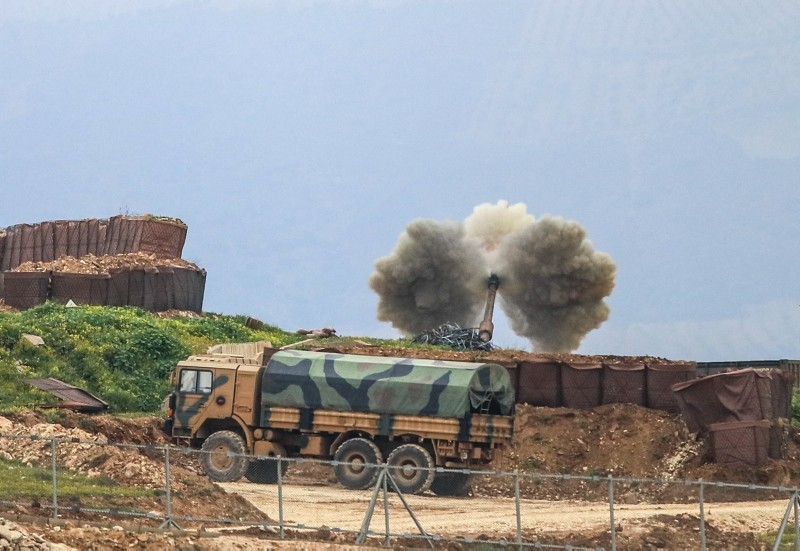 It has been reported that on Saturday night, there was a conflict between YPG terrorists – who invaded the territories in southern Azaz and southern and western Mare – and the Turkey-backed Free Syrian Army (FSA).

Separately, a Free Syrian Army (FSA) member was killed, and three others injured in a clash with YPG/PKK terror group on Saturday night.

Following the encounters, the Turkish military conducted more than 20 howitzer strikes on the YPG positions. As a result of the strikes, it's reported that scores of terrorists have been killed.

For the last three years, Tal Rifat has been occupied by the YPG/PKK, which has dubbed the territory between Tal Rifat and Manbij as the "Shahba Canton."

The YPG/PKK occupied Tal Rifat in 2016 in hopes of linking Afrin, a city in northwestern Syria, to areas under its control east of the Euphrates River, thus establishing a zone of influence along Syria's border with Turkey.

Some 250,000 refugees from Tal Rifat and its outskirts have taken up temporary residence in the opposition-held city of Azaz, located adjacent to the Euphrates Shield zone.

In its more than 30-year terror campaign against Turkey, the PKK -- recognized as a terrorist group by Turkey, the U.S., and the EU -- has been responsible for the deaths of some 40,000 people. The YPG/PYD is the group's Syrian branch.