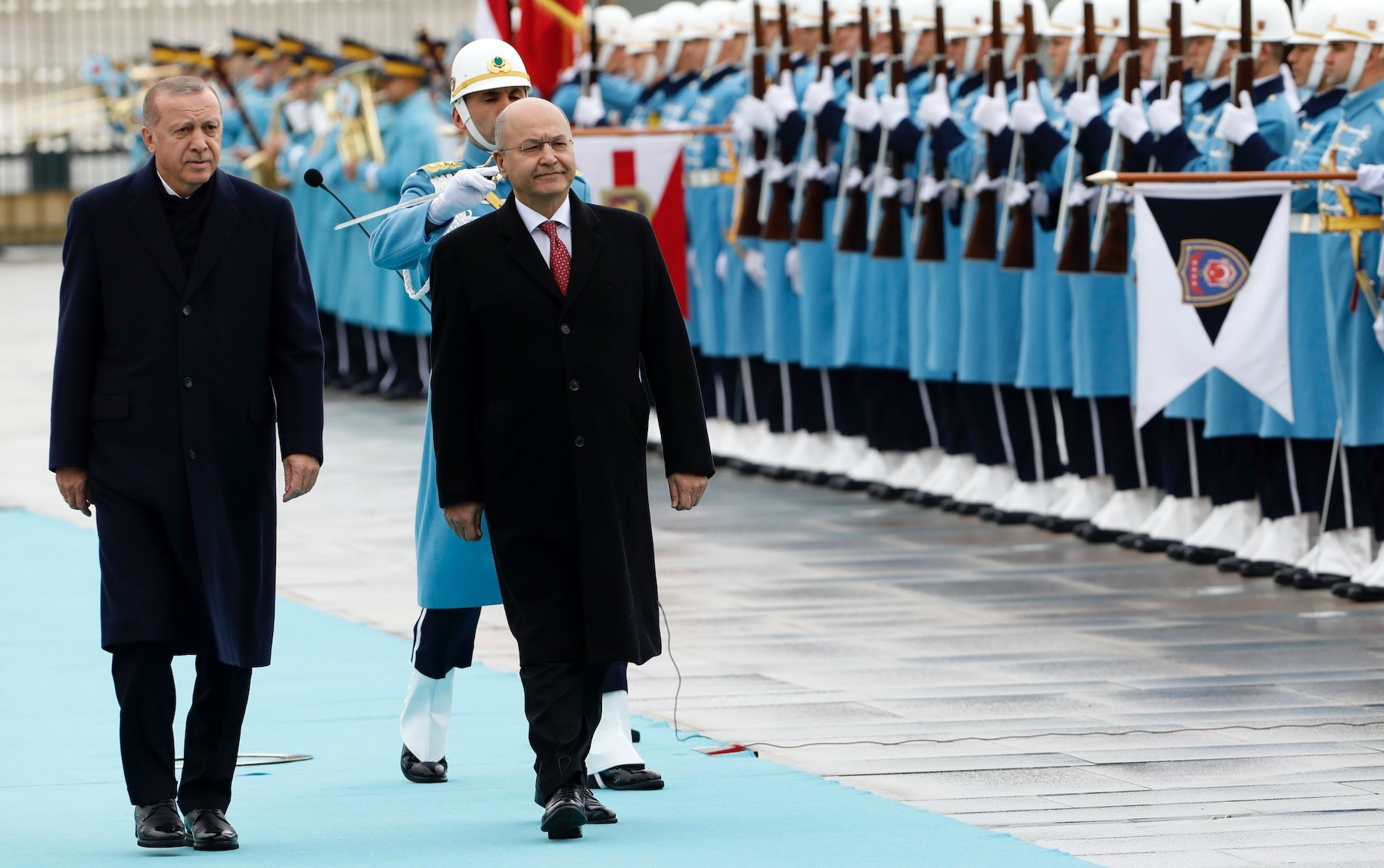 The presence of the PKK in Iraq poses a threat not only to Turkey but also to the sovereignty of Iraq; both Ankara and Baghdad must find common ground and take concrete joint steps to eliminate the terrorist activities of the group

Baghdad and Ankara need to enhance their cooperation against the PKK as the terror group's presence in Iraq is not only a security threat for Turkey but also for Iraq, experts said and stressed that there are some steps that Iraq can take to show Turkey genuine support in the fight against terrorism.

"The PKK is not only a threat for Turkey but also for Iraq. This was also seen in its latest attack in Dohuk," Bilgay Duman, an expert on Iraq, told Daily Sabah yesterday.

Duman stressed that the PKK has been controlling nearly 200 villages around the Dohuk region and underlined: "The PKK, whose presence in Qandil has been weakening, has been attempting to spread its presence toward cities in Iraq. The recent attack was also part of this."

Protesters attacked the Turkish military camp near Dohuk in Iraq's semi-autonomous Kurdish region on Jan. 26 and burned two tanks and other vehicles. Following the attack, the Turkish Presidency's communications director, Fahrettin Altun, said attackers linked with the PKK concealed themselves among civilians and tried to provoke them against the Turkish military.

Commenting on the attack, Duman said it is only strengthening Turkey's resoluteness to eradicate terror threats posed against its national security.

Iraqi President Barham Salih had paid an official visit to Ankara on Jan. 3, where he met President Recep Tayyip Erdoğan and other high level Turkish officials. During the visit the presidents of Turkey and Iraq highlighted that the two neighboring countries would enhance efforts for cooperation in every field, particularly considering mutual terror threats and regional developments.

Speaking in a joint press conference in Ankara with his Iraqi counterpart Barham Salih, Erdoğan had underlined that Daesh, the PKK and Gülenist Terror Group (FETÖ) terrorists pose threats to both Turkey and Iraq, underlining that both countries are aware of the significance of working together in the fight against terrorism. "Turkey's Iraq policy is based on territorial integrity and ensuring stability and security," Erdoğan had said.

Underlining that the PKK has been undermining the interests of Ankara and Baghdad, Sherif stated, "Since Iraq is still a weak state it cannot fully prevent the PKK."

Following the civil war in Syria and the rise of Daesh within Syria and Iraq, the PKK benefitted from the power vacuum, Duman pointed out. "Iraq and Turkey need to reach an understanding that the PKK is a great threat for both countries and take joint steps," Sherif said stressing that the two countries, which have strong economic ties, should also enhance their security ties.

Ankara has been calling on Iraq for cooperation in eradicating the PKK terror threat in Iraq. Turkey has been stressing that it will not shy away from using its rights for self-defense in the face of terror threats from Iraqi soil.

As Turkey wants Iraq to take concrete steps against the PKK, Duman highlighted that in the general elections held on May 12, 2018, a PKK member from the lists of the New Generation Movement entered the Iraqi Parliament.

"Members of Baath cannot enter parliament. The education minister had to resign on the grounds that his brother has ties with Daesh. The Iraqi government's taking action against the PKK member in parliament would be a sign of trust between Ankara and Baghdad," Duman said, stressing that with small concrete steps Iraq can show that it sincerely supports Turkey's efforts to fight terrorism.