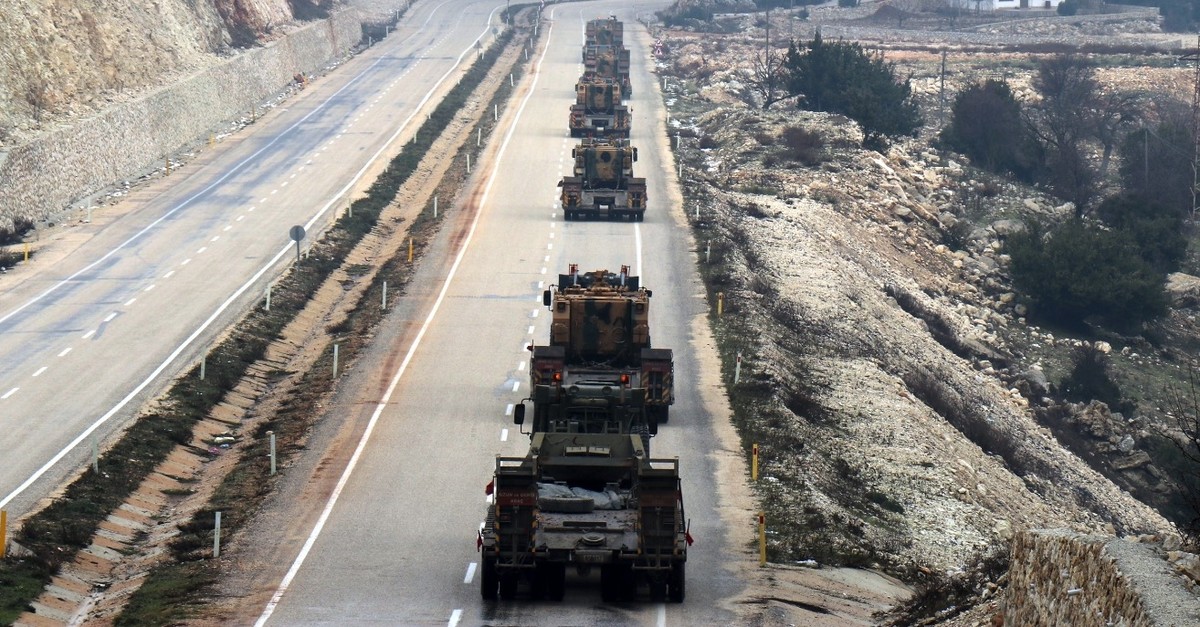 Since the announcement of a new operation east of the Euphrates, many Turkish military troops have been deployed near the Syrian border.
by Mustafa Kırıkçıoğlu Feb 23, 2019 12:06 am

Speaking at the meeting, Touma said the main goal of the local government is uniting Syrian people with all ethnic groups in society, adding that the YPG won't continue its oppressive rule east of the Euphrates. "The YPG continues its tyrannical practices east of the Euphrates. But their rule will end soon," he said. In December 2018, Erdoğan announced that Ankara is preparing a third offensive in northern Syria, this time east of the Euphrates, which is dominated by the YPG.

Previously, Turkey conducted two offensives in northern Syria: Operation Olive Branch and Operation Euphrates Shield. The first was launched by Ankara to clear its borders of Daesh terrorists, while the second was to prevent the YPG's ultimate plan of establishing an autonomous region in northern Syria by connecting Afrin to Kobani and Jazeera.

Following the operations, Turkey has also been involved in rebuilding infrastructure and health and educational institutions in the towns. Schools are being renovated and a hospital is being built. Turkey has also helped local people build olive oil facilities in the town where agriculture is the main source of income for residents.

Thanks to the success of both operations and post-operation developments in the liberated areas, the number of refugees returning to their hometowns has increased in recent months.