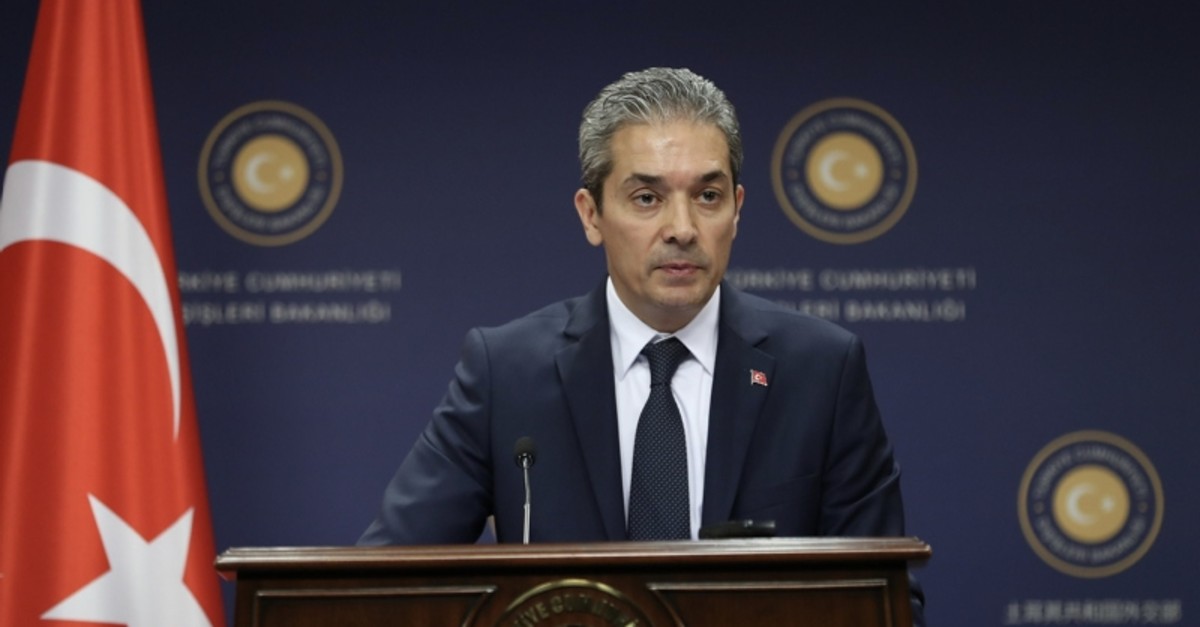 Turkey strongly condemns the attack by the sympathizers of the PKK terrorist organization on the Council of Europe and police officers in Strasbourg, France, Foreign Ministry Spokesperson Hami Aksoy said Tuesday in a statement.

In response to a question about the attack which resulted in 3 police officers being injured and 43 detained, Aksoy said Ankara had many times warned its European allies about demonstrations organized by the supporters of the PKK while displaying pictures of jailed PKK leader Abdullah Öcalan, and had pointed to their potential of turning violent.

"Most recently, with the violent rally in front of the Agora building of the of the Council of Europe in Strasbourg on February 25, 2019, PKK sympathizers once again showed the true face of the terror group," the spokesperson said, slamming Europe for allowing such demonstrations that amount to terror propaganda.

"The fact that some circles and the media in Europe still regard PKK rallies as acts carried out by so-called 'Kurdish activists' is regrettable," he said, adding that this clearly demonstrates the point reached by the Europe's "double standards."

The PKK is listed as a terrorist group by the EU, the U.S. and Turkey. However, some EU countries have ignored the presence of the group in their countries, allowing its followers to hold mass rallies in their cities. The PKK has also used the EU to bolster its financial resources, recruitment and as a safe haven for its leadership. Despite benefiting from freedom in Europe, the terrorists also do not refrain from attacking European cities.