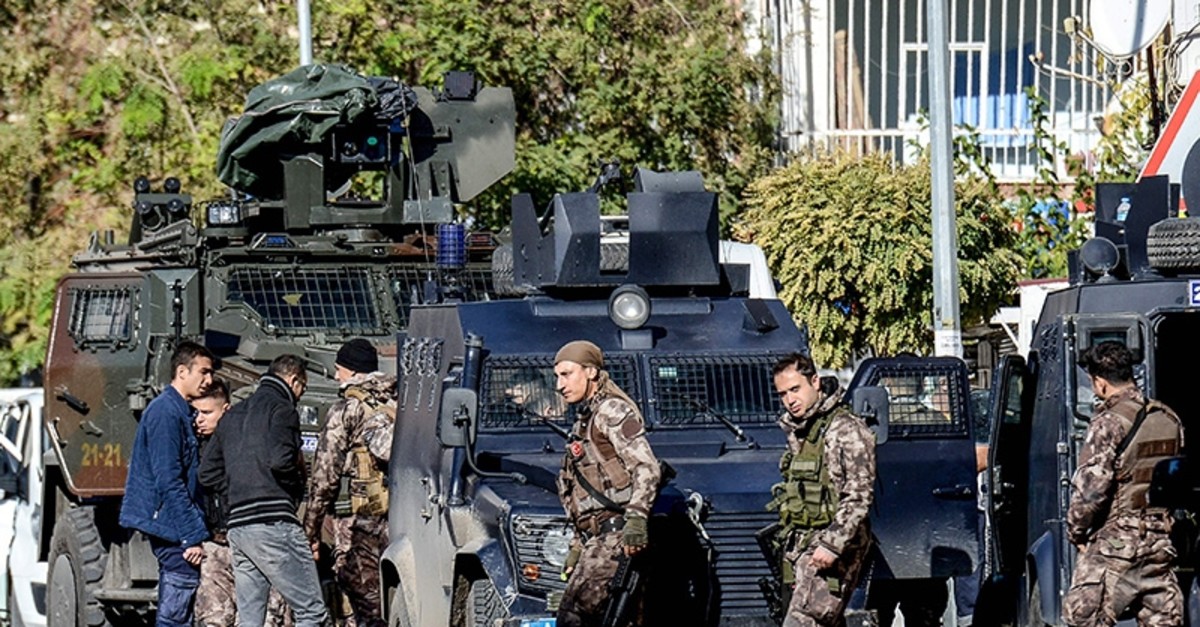 Soylu noted that police captured the terrorists in dawn raids carried out on a terrorist cell in Istanbul's Okmeydanı district.

Counterterrorism units of Istanbul police stormed Idil Culture Center in Şişli district of the city at the early hours of Tuesday to capture the suspects. The center, associated with the terrorist group, was the scene of multiple raids in the past. The DHKP-C member were found barricading themselves behind multiple steel doors. The doors stood held up the police battering rams but officers eventually managed to enter.

Eight wanted suspects were found hiding in a secret room on the upper floors of the multi-story center. Among them were Caferi Sadık Eroğlu, "Turkey leader" for the terrorist group whose senior cadres are believed to be in hiding in Europe. DHKP-C "secretary-general" Ümit İlter were also among the arrested. Eroğlu, İlter and another suspect, Emel Yeşilırmak, are all in the most wanted list of the Interior Ministry. Propaganda material for the terrorist group was also found during the raid.

The far-left terrorist group was responsible for a number of attacks on police and civilians, as well as one on the U.S. Embassy in Turkey. The group has become less active in the country in recent years but remains a major security threat. It is designated as a terrorist group by Turkey, the U.S. and the EU.

The DHKP-C, under the name Dev Sol until 1994, claimed responsibility for a series of high-profile murders, including the assassination of nationalist politician Gün Sazak and former Prime Minister Nihat Erim in 1980. The group also killed several Turkish intelligence officers. In 1994, it was founded as the DHKP-C after Dev Sol splintered. The group's terror activities remained relatively minor compared to the PKK, another terrorist organization targeting Turkey.

The DHKP-C attempted to stage a bloody comeback in recent years by carrying out attacks against the police. In 2012, about 10 years after its last known lethal attack in Turkey, the DHKP-C conducted a suicide bombing at a police station in Istanbul, killing a policeman. It claimed responsibility for a suicide bombing at the U.S. Embassy in Ankara, which killed a Turkish security guard in February 2013. This was followed a month later by rocket attacks against the Ministry of Justice in Ankara and the headquarters of the ruling Justice and Development Party (AK Party). In September 2013, the DHKP-C claimed responsibility for a rocket attack against the headquarters of Turkish police in the capital. No casualties were reported in the three attacks.