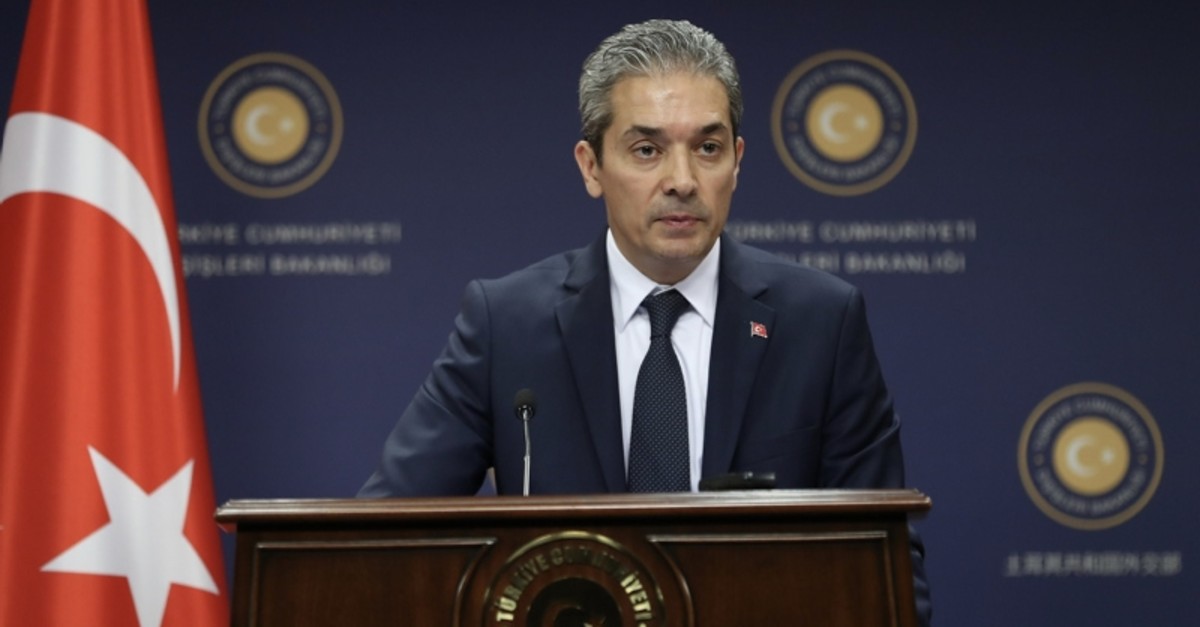 The Belgian Chamber of Indictment's decision preventing the launch of the criminal prosecution process by the Federal Prosecutor of Belgium regarding 36 PKK-linked individuals and legal entities is unacceptable, the spokesperson of the Ministry of Foreign Affairs said Friday.

"Despite the evidence submitted by the Federal Prosecutor of Belgium on the PKK's terrorist nature, this decision, as it stands, provides terrorist organizations with a very dangerous area of exploitation," Hami Aksoy said.

Aksoy noted that the decision can be appealed in the Belgian Court of Appeals, adding that Turkey will continue its legal fight "determinedly."

The Brussels Appeals Court ruled on Friday that the members of the PKK couldn't be charged with terrorism, dismissing terror charges on all 36 suspects in a PKK case in the country.

The decision came after the Federal Prosecutors Office appealed an earlier decision. Prosecutors argue that the ruling contradicted Belgium and the EU recognizing the group as a terrorist organization. Suspects in the case are accused of kidnapping children from their families in Belgium and European countries and sending them to Greece and Iraq for training before putting them into the ranks of the PKK's military wing. They are also accused of forging documents and extorting businessmen.