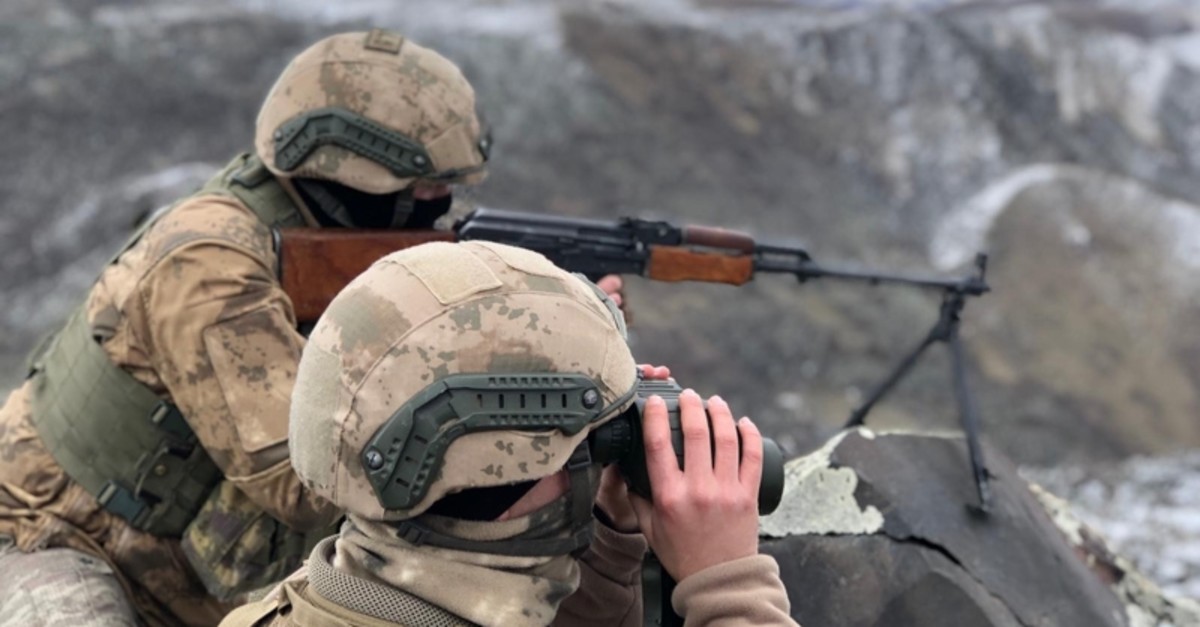 Soldiers participating in the joint operation by Turkey and Iran (IHA Photo)
by Daily Sabah with Agencies Mar 20, 2019 4:25 pm

Turkish and Iranian military commanders agreed in a phone call to continue joint operations against the PKK terrorists for "some time," Turkey's Interior Ministry said Wednesday.

Turkey's Interior Ministry said in a statement on Wednesday that Turkish Gendarme Commander Arif Çetin and Iranian Border Forces Commander Qassem Rezai agreed on the continuation of the operations as well as the fight against the PKK and its Iranian affiliate the Kurdistan Free Life Party (PJAK).

In a separate phone call Turkish and Iranian deputy interior ministers welcomed the stage reached in the joint operations, the ministry said.

The interior ministry released a statement following a phone call between the deputy interior minister of Turkey, Muhterem Ince and his Iranian counterpart, Hossein Zolfaghari over the joint operations. According to the statement, the two statesmen expressed that they are pleased with the current state of the coordinated operations.

The operations, which were launched against criminal and terrorist elements which threaten both countries' security, were being regarded as a "must" for the peace of the two societies, during the phone call.