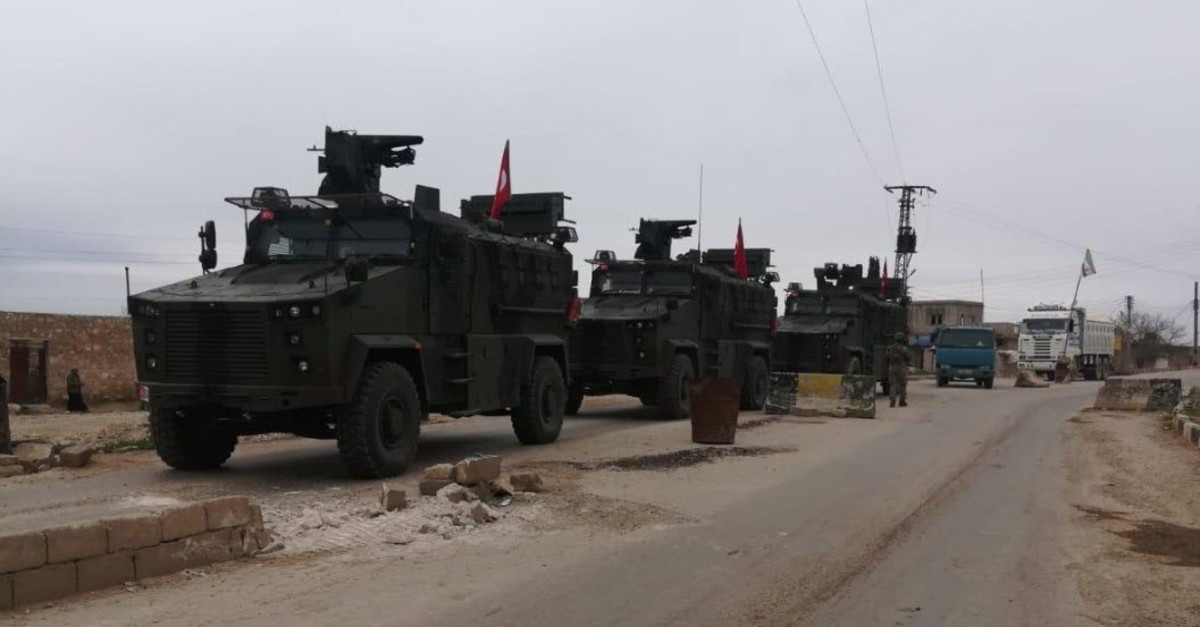 "In order to uphold a cease-fire in Tel Rifat region, to ensure stability and to prevent attacks on our forces, the Turkish Armed Forces and the Russian Armed Forces carried out the first independent coordinated patrols in the framework of the previously negotiated agreement," a statement by the Ministry of Defense said.

The ministry posted photos of the first patrol on Twitter.

The route of the patrol includes six points: Kafr Lusin and Al-Dana, districts north of Idlib; Atarib town west of Aleppo city; and Qammari, Qanater and Al-Eiss towns southwest of Aleppo city. Within the framework of the Astana agreement, Turkey currently holds 12 cease-fire observatory points in Idlib's de-escalation zone while Russia has 10 points.

A cooperation platform launched in December 2016, by Turkey, Russia and Iran, laid down the grounds for their tripartite cooperation on a peace settlement in Syria known as the Astana process. Turkey and Russia also signed the Sochi agreement in September of last year to decrease tensions and avoid new conflicts in Idlib province.