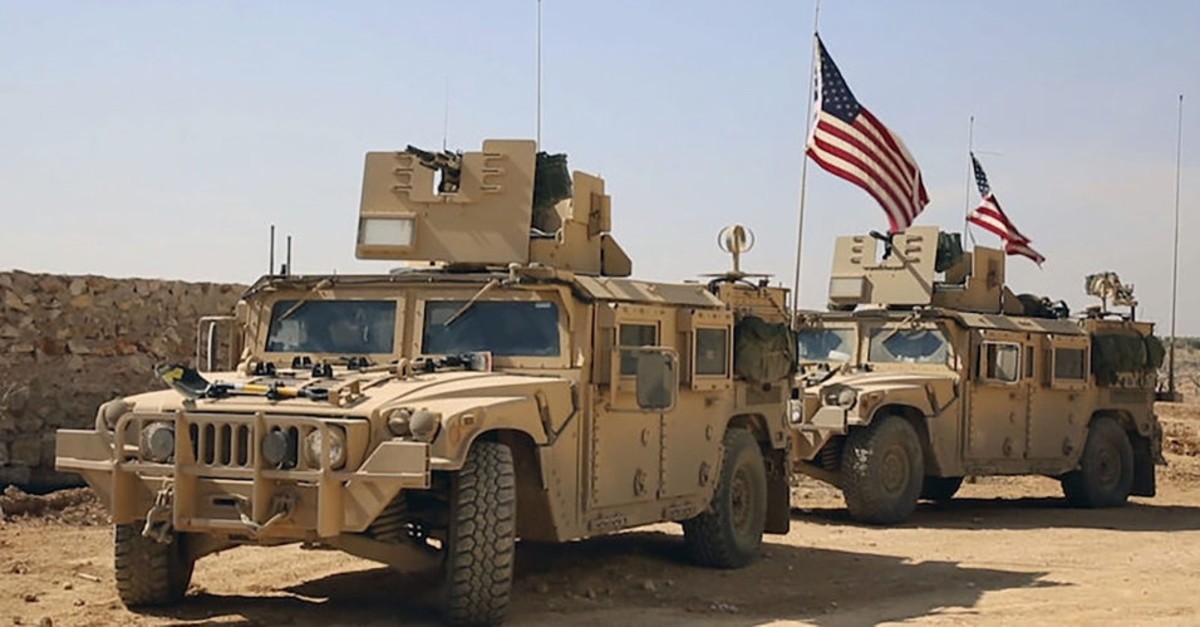 The U.S.' insistence on continuing its cooperation with the PKK terrorist organization's affiliate YPG, despite announcing Daesh's complete defeat in Syria, is triggering Turkey's security concerns

Although declaring definite victory against Daesh in Syria recently, the U.S. military still vows to maintain its train-and-equip program for the Syrian Democratic Forces (SDF), predominantly led by the PKK-affiliated People's Protection Units (YPG), to "continue the fight against Daesh until the end," claiming that Daesh is still a threat internationally. According to media reports, U.S. Chairman of the Joint Chiefs of Staff Joseph Dunford said on Tuesday in the House Armed Services Committee that the U.S. aims to ensure continuity of the military operation in Syria and underlined, "This continuity also includes cooperating with SDF forces to carry out the fight against Daesh to the end."

Claiming that Daesh has been cleared on the ground in Syria but maintains global capability, Dunford noted that it remains a threat in the region and beyond. On Friday, the White House declared that Daesh territory in Syria, where the terrorist group once controlled 8 million people, has been 100 percent wiped out. Dunford's remarks were the first public confirmation from a Pentagon official supporting President Donald Trump's remarks on the fall of Daesh. Yet, the country has been signaling to maintain its support for the YPG despite non-existent tangible threats coming from Daesh in Syria following the seizure of the last Daesh bastion of Baghouz.

Ankara-Washington relations quickly became strained over the latter's support for the terrorist organization as Turkey argued that using one terrorist group to fight another is illogical. Turkey sees the YPG as an extension of the PKK, which has claimed the lives of more than 40,000 people in a 30-year terror campaign. The U.S., however, while listing the PKK as a terrorist group, opted to continue its militarily support for the terrorist organization, by providing truckloads of military supplies and military training under the pretext of fighting Daesh despite the warnings of its NATO ally.

Touching upon the extensive support for the terrorist organization, Dunford added that in addition to the few U.S. troops remaining in Syria after the pullout, their short-term plan was to form a framework for the YPG that will ensure the prevention of threats and defenses against them along with the train-and-equip program.

Comments came after the U.S. envoy for Syria James Jeffrey's announcement that Washington is working with Ankara to create a safe zone of some length along the Turkish border where there would be no YPG forces and may be under the administration of Turkey.

Since the withdrawal decision, the discussion between the two countries has included the establishment of a safe zone in northern Syria. Since the presence of the YPG just on the other side of the border is a direct threat to Turkey, officials in Ankara have been stressing that a safe zone, free from YPG terrorists, should be under the control of Turkey, which is the main party concerned with the issue.

Meanwhile, Russian President Vladimir Putin and Lebanese President Michel Aoun issued a joint statement on Wednesday, saying that they both support the process of political settlement in Syria and the fight against terrorism in that country.

The statement underlined that "We [Russia and Lebanon] have come out in favor of political-diplomatic settlement of the conflict in that country on the basis of Resolution 2254 of the U.N. Security Council and decisions of the Syrian National Dialogue Congress in Sochi."

Pointing out that Turkey, Iran and Russia have been carrying out activities as part of the Astana talks to initiate a political reconciliation process and de-escalate the violence in the country, both countries called for the U.N. and other humanitarian aid organizations to provide every kind of humanitarian aid for Syria.

The first meeting of the Astana process was held in Turkey in January 2017 to bring all warring parties in the Syrian conflict to the table to facilitate U.N. sponsored peace talks in Geneva. The Astana talks aim to establish a U.N.-backed constitutional committee in Syria to help find a political solution.

The planned constitutional committee will be tasked with developing Syria's post-war constitution, which is seen as a stepping stone to elections in the war-torn country.

Meanwhile, the Nour al-Din al-Zenki organization in Syria declared that they have reorganized themselves and joined the ranks of the National Army, a Turkish-backed opposition force that unified disparate factions, including 23 groups of the Free Syrian Army (FSA), in northwest Syria. The group added that they would continue their fight against the regime.