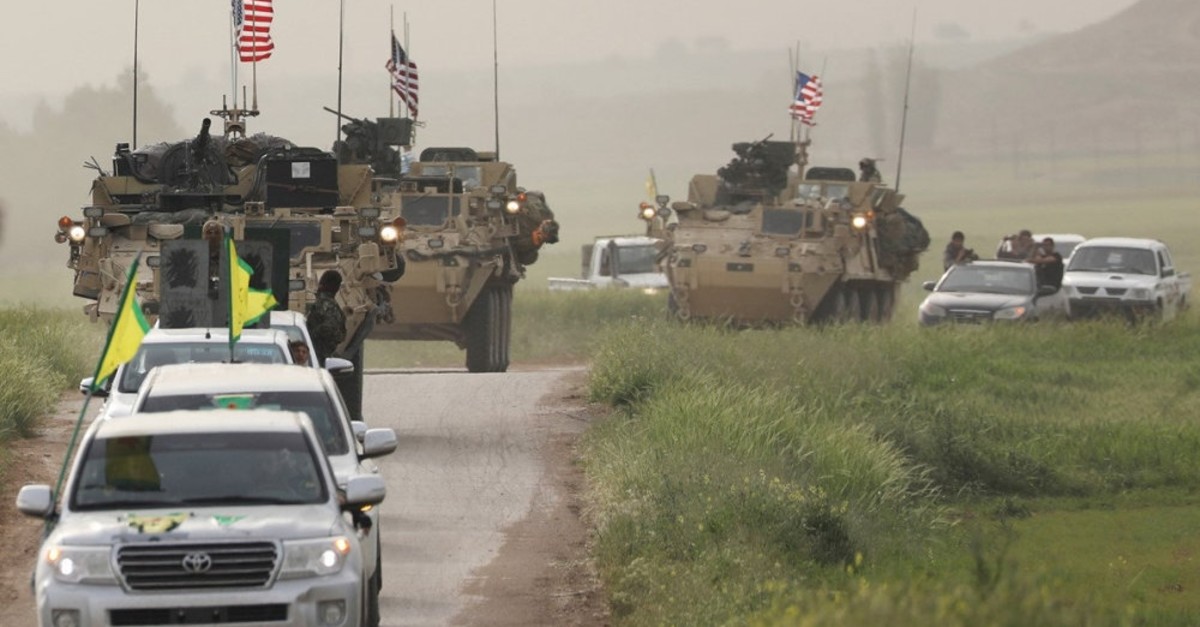 Reports revealed that Saudi Arabia and the UAE have provided financial support to the PKK-affiliated People's Protection Units (YPG) since 2015, in a bid to undermine Turkey's influence in the region

A Syrian opposition representative revealed that Saudi Arabia and the United Arab Emirates (UAE) had provided $1 billion support for the PKK's Syrian affiliate, the People's Protection Units (YPG), since the first days of conflict in northern Syria's Ayn al-Arab city in 2015.

Speaking to Yeni Şafak daily, Mustafa Sejari, a Syrian opposition representative taking part in the meetings in Riyadh, noted that both countries have long been providing financial and political support for the terrorist organization behind closed doors.

"They [Saudi Arabia and UAE] publicly gave $100 million to the organization. However, financial support coming from the Gulf region provided for the territories under occupation has exceeded $1 billion since 2015," Sejari said.

Pointing out that the two countries aim to undermine Turkey's area of influence, Sejari stressed that various senior officials from Saudi Arabia and UAE visited northern Syrian territories under the YPG's control to hold meetings and to facilitate the terrorist organization' grip over the territories by persuading prominent Arabic tribes in the region.

Recent media reports have been asserting that the two prominent Gulf countries are increasing their support to the YPG terror group in an effort to fill a power vacuum after the possible withdrawal of Washington from Syria. In 2017, Saudi Arabia delivered another $100 million to the YPG under "stabilization projects" following the retreat of Daesh from northeastern Raqqa in 2017. In the same year, Saudi State Minister Samir es-Sebhan also paid a visit to some villages in Raqqa.

Using the fight against Daesh as a pretext, the U.S., an ally of Saudi Arabia, has been cooperating with the YPG in Syria and providing arms support to the group. After Daesh was cleared from the region with the help of the U.S., the YPG cemented its power in Syria, taking advantage of the power vacuum in the war-torn country. Also, the terror group established the so-called "nine committees," which are similar to ministries. The YPG also formed a political entity called the General Council of Self-Administration last month in northern and eastern Syria, hinting at their autonomous plans.

On the other hand, a French court of appeals affirmed on Thursday that PKK partisans who attacked Turkish NGOs and associations with Molotov cocktail bombs in 2016 is an act of terrorism and increased the sentence for the perpetrators.

Three PKK partisans attacked Turkish NGOs in the cities of Valence and Montelimar with Molotov cocktail bombs and stones, causing grave financial damage. Although lawyers of the partisans claimed the act does not constitute an act of terrorism but an ordinary offense caused by hostility between the parties, the Paris Criminal Court ruled that the attacks were acts of terrorism.

Yet, the Chief Prosecutor of Paris moved the decision to the court of appeals to increase the punishment. The court of appeals decided that "convicted of terrorism crime" would be registered in the criminal record of three PKK partisans. According to the verdict, two PKK terrorist' prison sentences of 3 years and 18 months became definite, while the other terrorist's prison sentence was increased from 2 years to 4 years.

The PKK, a group recognized as terrorists by Turkey, the EU and the U.S., has had a significant presence in Europe for decades. Many European governments, including Germany, Austria, Denmark, France, the Netherlands and Greece preferred to tolerate mainly nonviolent demonstrations by PKK militants and sympathizers, even though they recognized it as a terrorist group.

Many supporters of the PKK, who claim persecution in Turkey, find asylum in European countries. The PKK has also used the EU to bolster its financial resources and for recruitment. Despite benefiting from freedom in Europe, the terrorists do not refrain from attacking European cities, and Turkey has often criticized European countries for offering a safe haven for supporters of the terrorist group as well as its active members.