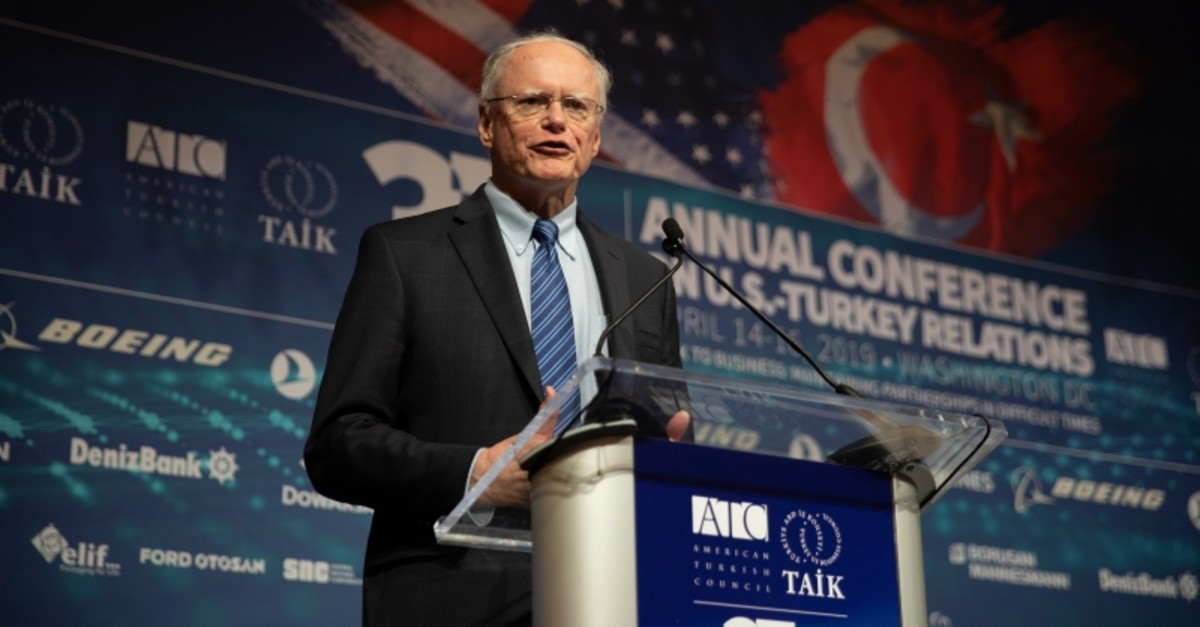 The U.S. is working with Turkey to establish a safe zone without the presence of the People's Protection Units (YPG), a top U.S. official said Monday.

U.S. Special Representative for Syria Engagement and the special envoy for the anti-Daesh coalition, James Jeffrey said that Washington acknowledges Turkey's concerns about the YPG, which is the Syrian offshoot of the PKK terrorist group.
Jeffrey highlighted that the two countries have been and continue to be geostrategic partners.

He said Syria should not be a shelter for terrorists and that Turkey's cooperation is necessary for the U.S. to complete the mission in the war-torn country.

Also touching upon Turkey's mediator role in the Astana process, Jeffrey said Turkey's position is extremely important in terms of the U.N.'s goals regarding the political process in Syria.

U.S. President Donald Trump announced mid-December that the U.S. would withdraw its troops from Syria, noting that the only reason U.S. troops were in Syria was to defeat Daesh, which he said was accomplished, later saying that "local countries," including Turkey, should "take care" of the situation and deal with the remaining terror threat.

The U.S. currently has more than 2,000 troops deployed in Syria, but announced last December that they were leaving, revising their statement last week to say some 200-400 would stay.

One of Turkey's top concerns is that the U.S. while withdrawing, takes back the weapons and ammunition it gave to the YPG, as it pledged.