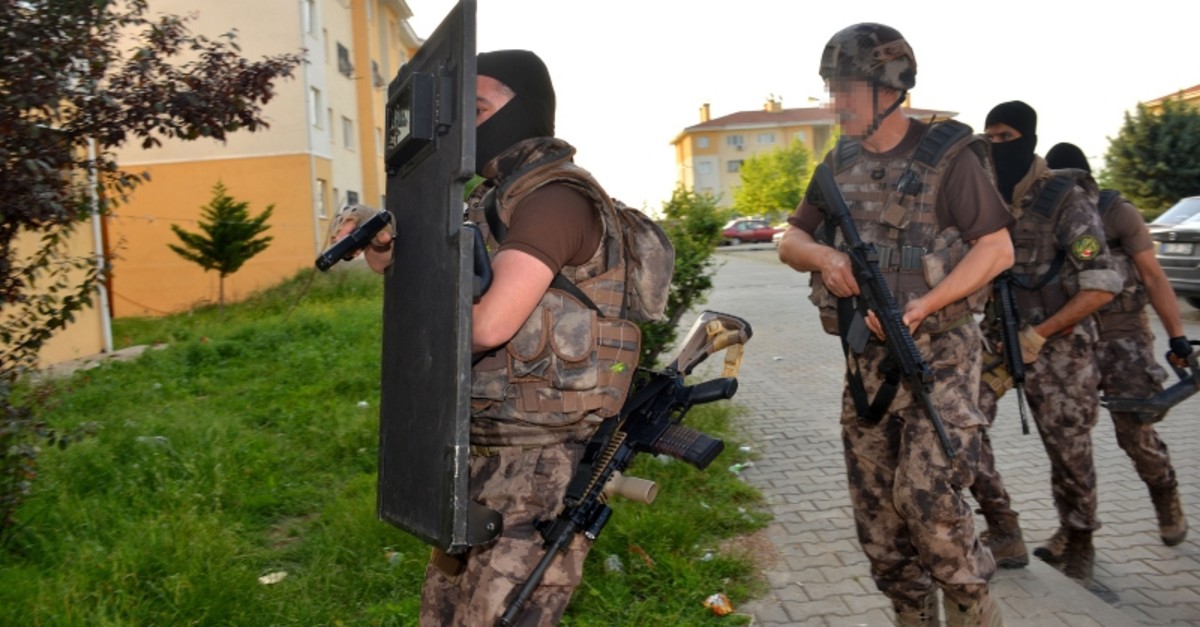 The counter-terrorism branch of the provincial security directorate conducted simultaneous operations in which the terrorist, A Syrian national identified as Ş.R., was detained.

Reports said that the terrorist had involved in armed conflicts in Syria and has been YPG camps in Sheikh Maqsoud neighborhood in Syria's Aleppo province for some four years.

Another terrorist, identified as M.M. whose fingerprints matched with the prints found on Molotov cocktails that were seized in the Buca district eight months ago, was also detained during the operations.

Police also seized digital materials and banned publishing that are related to the terror group in raids to the properties belonging to the suspects.

In separate operations conducted in Dicle, Silvan, Hazro, Kulp and Hani districts of southeastern Turkey's Diyarbakır province between April 30 and May 1, two high-ranking PKK terrorists were neutralized by the provincial gendarmerie forces while eight shelters belonging to the PKK terror group were also destroyed, provincial governor's office said in a statement Thursday.

The wanted list is divided into five color-coded categories, with red marking the most wanted, followed by blue, green, orange and grey, depending on the sensitivity of their criminal activity.

The statement added the neutralized terrorists were responsible for various terrorist attacks in Diyarbakır including the one which killed three gendarmerie officers on March 13, 2018, by a remote-controlled improvised explosive device (IED), and another which killed a guard on May 15, 2017.

The ammunitions belonging to the terrorists and other objects, along with the digital materials which were found in the shelters were confiscated by the security forces.

Meanwhile, Turkish security forces have also detained two PKK terrorists, one of whom is responsible for killing a police officer in a terror attack in 2012, in a counter-terrorism operation in eastern Turkey's Van province, provincial gendarmerie command said in a statement Thursday.

The terrorists were captured in the operation launched in the rural areas of Bükeç neighborhood in Gürpınar district on Wednesday, the statement said.

It added that one of the terrorists was involved in the terror attack in Van city center on July 2, 2012 that killed police officer Murat Dilmaç.

In a tweet, the ministry said Turkish jets destroyed weapon positions, shelters, and ammunition depots used by PKK terrorists in the Zap, Avasin-Basyan and Qandil regions.

The PKK considered a terrorist organization by the U.S., Turkey and the E.U. has waged an insurgency against the Turkish state since 1984.

Turkey sees the YPG as an extension of the PKK, which has claimed the lives of more than 40,000 people.
RELATED TOPICS