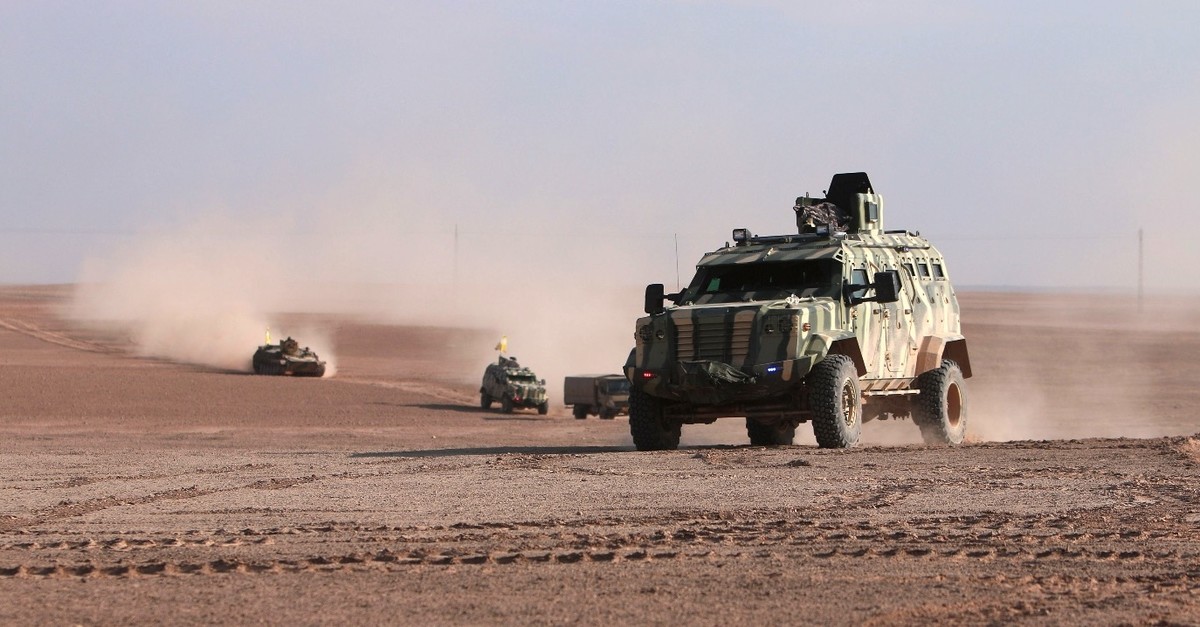 The brutality of the PKK terrorist group's Syrian affiliate, the People's Protection Units (YPG), continues as they burn down the agricultural farmland of civilians in the northwestern al-Bab province. According to local sources, YPG terrorists from Syria's Tel Rifaat province sabotaged farmland near the front lines in rural areas in al-Bab where the Turkish-backed Free Syrian Army (FSA) has been deployed. The fire was subdued through the efforts of the FSA members. Yet, major damage occurred in the fields, which belong to the civilians of the region.

For the last three years, Tel Rifaat has been occupied by the YPG, which has dubbed the territory between Tel Rifaat and Manbij as the "Shahba canton."

The YPG occupied Tel Rifaat in 2016 in hopes of linking Afrin, a city in northwestern Syria, to areas under its control east of the Euphrates River, thus establishing a zone of influence along Syria's border with Turkey. Syria's al-Bab district, however, which is located between Tel Rifaat and Manbij, falls within Operation Euphrates Shield's area of operations, thus disrupting the territorial link the YPG was seeking.

Some 250,000 refugees from Tel Rifaat and its outskirts have taken up temporary residence in the opposition-held city of Azaz, located adjacent to the Euphrates Shield zone. The YPG occupies 28 percent of Syrian territory.

Causing heavy damage to civilian properties is not the only brutal action of the YPG in the region. The terrorist organization is also known for its aim to change the demographic structure in the areas under its control. The latest example of such an attempt was revealed on Saturday as local sources said that the YPG expelled 500 Arabs from their ranks for refusing to fight for the terrorist organization in Tel Rifaat.

Operating under the name of Syria Democratic Forces (SDF) which is an umbrella group that is dominated by the YPG, the terror group also confiscated the arms of the Arabs, whom they could not convince to fight in Tel Rifaat and the surrounding areas. The sources also said that the YPG fired the Arabs from the group to threaten other Arab members.

Earlier in the day, some YPG terrorists attempted to infiltrate into the Jibrin and Kafr Kashir areas in the south of Azaz, which is controlled by the FSA.

Five FSA fighters died in clashes that erupted during the infiltration attempt, another local source, who spoke on the condition of anonymity, said.

The terrorist group not only causes suffering to the locals but it also continues to attack Turkey through harassment fire. The Turkish military on Saturday retaliated to YPG terrorists who opened fire on them, in northwestern Syria, officials said.

According to a tweet by the National Defense Ministry, the gunfire came from Tel Rifaat and the Turkish military in the Operation Euphrates Shield zone responded with equal force.

Meanwhile, at least 20 YPG/PKK terrorists were killed in two bombings in Syria's northern Raqqa province on Saturday, according to local sources.

The explosions targeted a security and military headquarters affiliated with the YPG terrorist group in the city, the sources said. The sources suggested that ca rbombs could be the cause of the powerful explosions. No group has claimed responsibility for Saturday's attacks.