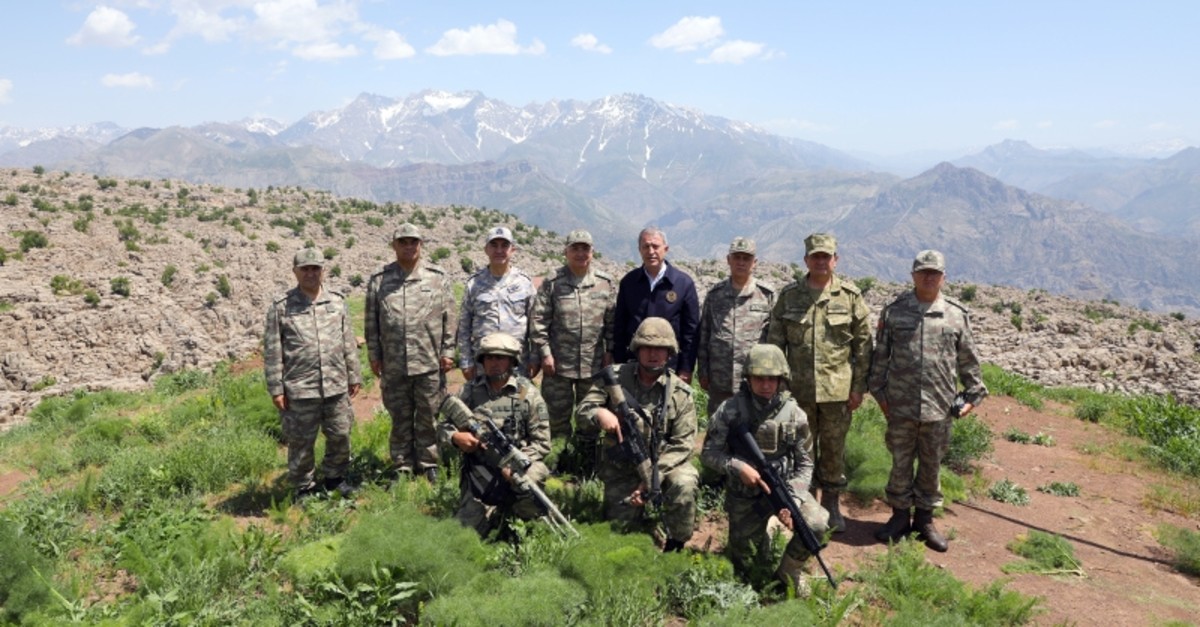 Defense Minister Hulusi Akar (4thR) and Turkish army, navy and air force commanders pose for a photo with soldiers serving at a military base in Derecik district of Hakkari, southeastern Turkey, June 5, 2019. (AA Photo)
by Daily Sabah with AA
Jun 05, 2019 11:40 am

At least six PKK terrorists were neutralized as part of the ongoing Operation Claw in northern Iraq, bringing the total number of terrorists killed since the beginning of the operation to 40, the Defense Ministry said on Wednesday.

The Turkish Armed Forces launched Operation Claw against the PKK terror group on May 27.

The base at an altitude of 2,400 meters is among the closest Turkish military installations inside Turkey's borders to the operation zone in northern Iraq's Hakurk.

Following their inspection, Akar and top commanders were briefed regarding operations of the base and exchanged congratulations with soldiers and commanders deployed in the base on the occasion of Ramadan Bayram, also known as the Eid al-Fitr.

Akar vowed to destroy all shelters used by PKK terrorists in Hakurk and the clear the region from terrorists.

Saturday's clashes in the Aralık district of eastern Iğdır province, located to the north of Ağrı, left three Turkish soldiers killed and four others injured, whereas a worker was killed by a roadside bomb planted by PKK terrorists in Doğubeyazıt.