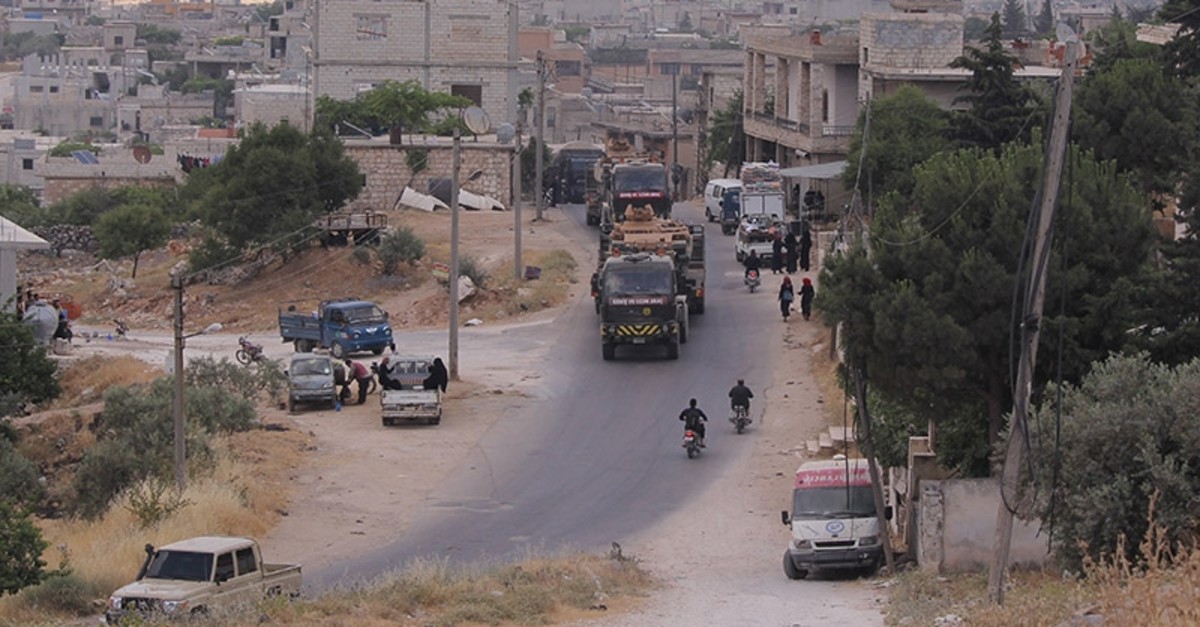 Stopping attacks by the Syrian regime is the responsibility of Russia and Iran as guarantor states of peace, Foreign Minister Mevlüt Çavuşoğlu said Sunday, hours after an Assad regime attack on a Turkish observation post in northwestern Syria.

Earlier Sunday, Assad regime forces attacked a Turkish observation post in Idlib, Syria -- with no casualties -- and was retaliated upon by heavy weapons, the Defense Ministry said.

Çavuşoğlu stressed that Turkey "will teach them their place."

The Defense Ministry said they immediately retaliated to an Assad regime attack Sunday on a Turkish observation post in northwestern Syria.

In a statement, the ministry said regime forces launched an artillery attack from Idlib region's Tall Bazan on Murak, where a Turkish observation post is situated.

The regime attack was "deliberate" and was retaliated against with heavy weapons, according to the statement.

Partial material damage was reported, but without casualties. Additionally, necessary initiatives were taken with Moscow and the situation was being followed closely.

Following eight months of calm provided by the Sochi deal, the regime has started to intensify its attacks since April 26 under the pretext of fighting Hayat Tahrir al-Sham (HTS) militants holed up in Idlib. The intermittent attacks and bombardments have killed, wounded and displaced many civilians.

On Thursday, the regime boldly expanded its attacks to another phase, targeting a Turkish observation point located inside the de-escalation zone in Idlib.

According to the Defense Ministry, Turkey's 10th observation post was "deliberately" targeted in a mortar attack in which three soldiers were wounded. The observation point located near Mount Zawiyah was targeted by 35 mortar rounds fired from the regime-controlled As Shariah region some 3 kilometers away, the statement said, adding that the observation point facility, equipment and other supplies were partially damaged, and the wounded soldiers were evacuated.

Çavuşoğlu on Saturday defined the attack as a "deliberate act of aggression," vowing retaliation if further attacks are carried out.

On Saturday, the Turkish military sent reinforcements to the targeted observation post.

While the attacks rendered Russia's announcement of a cease-fire on Thursday morning incoherent, Ankara pledged to retaliate if more attacks occur. Russian news agencies, citing the Russian military, reported Wednesday that Ankara and Moscow have brokered a complete cease-fire in Idlib between the Syrian regime and opposition forces, which has been applied to the Idlib de-escalation zone and led to a significant reduction in violence.

Yet, the Assad regime's attack came hours after the announcement and Çavuşoğlu said it is not possible to say that there is a complete cease-fire in Idlib.

"However, efforts continue in cooperation with Russia," he said.

"If the regime attacks more Turkish observation points and continues to take such missteps, we won't remain silent. We want the deaths to stop in Syria, the bombing of Idlib with barrel and phosphorous bombs is inexcusable," Erdoğan told reporters in Istanbul before departing for Tajikistan to attend the Fifth Summit of Heads of State of the Conference on Interaction and Confidence Building Measures in Asia (CICA).

The president said Turkey is listening to the voices of the Syrian people in the region, who are asking Ankara to intervene against the bloodshed.