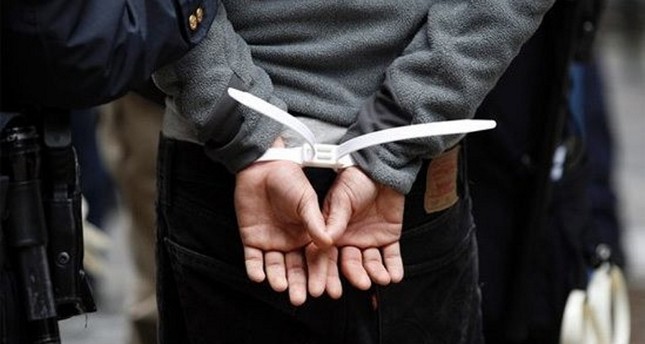 Two PKK members accused of recruiting and training terrorists were apprehended Wednesday by Belgium with the cooperation of Europol.

"The Belgian judicial authorities, in effective cooperation with Eurojust and Europol, targeted a terrorist group involved in the recruitment and training of Kurdish terrorist fighters. Two suspects were apprehended by the Belgian authorities for hearings, following a number of house searches, conducted simultaneously in 5 countries," said a statement of Eurojust, the EU's Judicial Cooperation Unit.

Headquartered in The Hague, the Netherlands, Europol assists EU member states in their fight against serious international crimes and terrorism.

The statement added that Eurojust facilitated the issuance and transmission of several European Investigation Orders that were swiftly executed in Austria, Belgium, France, Germany and Switzerland.

Turkey has long been accusing Belgium of having an indifferent stance against PKK, despite it being recognized as a terrorist organization by the EU.

In March, the Brussels Appeals Court ruled that members of the PKK couldn't be charged with terrorism, dismissing terror charges on all 36 suspects in a PKK case in the country, despite prosecutors arguing that the ruling contradicted Belgium and the EU recognizing the group as a terrorist organization. The appeals court ruled that the counterterrorism laws cannot be imposed on the suspects since they are not waging a war on Belgium, but Turkey.

Among those standing trial were Remzi Kartal and Zübeyir Aydar, accused of being senior members of the PKK's European network. They were among the PKK suspects arrested in March 2010 in raids on 18 addresses across Belgium.

The Turkish Foreign Ministry harshly criticized the ruling, saying the decision provides the terrorist organization with "a very dangerous area of exploitation," despite evidence submitted by the Federal Prosecutor of Belgium on the PKK's terrorist nature.