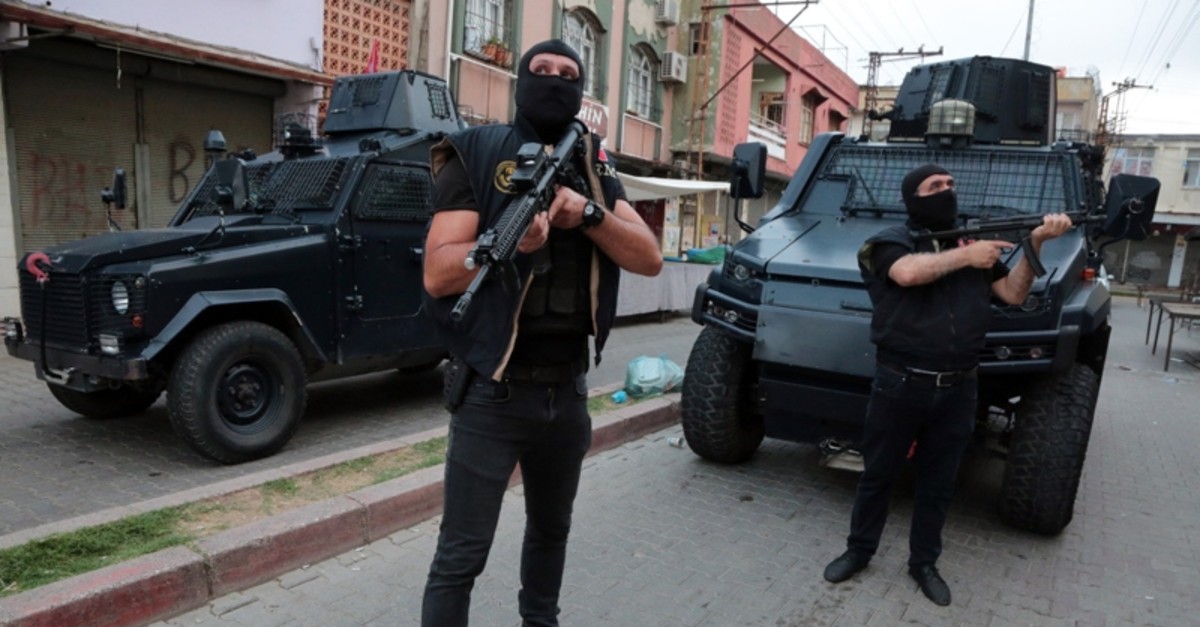 The gendarmerie border units detained the two women near Alıncak neighborhood of the Akçakale district as they were trying to illegally cross the border into Turkey with nine children.

The terror suspects identified as B.I. and F.B. who are both Russian nationals said in their testimonies at the provincial gendarmerie command that their husbands have died in Syria and they were trying to reach Russia by crossing through Turkey.

During the Operation Euphrates Shield, Turkish military had cleared northern Syrian towns of Jarablus, Azaz, al-Bab, Dabiq and al-Rai from the terrorist group. Following the Euphrates Shield operation, which ended in March 2017, Turkey has also put forward efforts to bring life back to normal and enable Syrians in Turkey to return back to their homes.