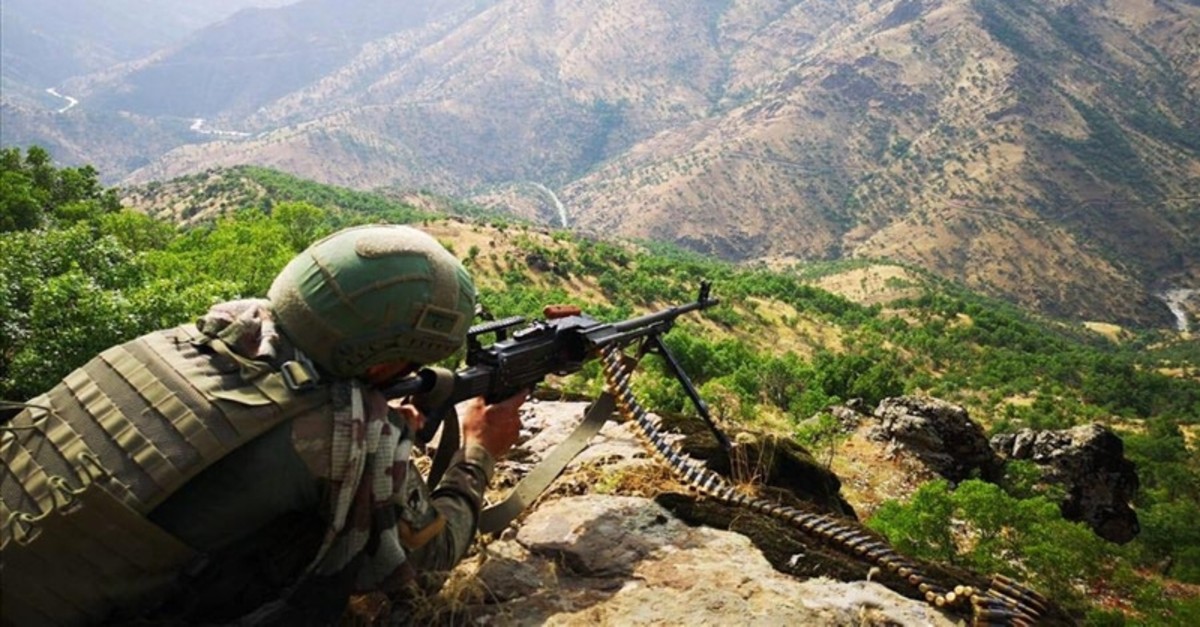 On Twitter, the ministry said the terrorists were "neutralized" in the Zap and Metina regions as part of the airstrikes carried out in coordination with Operation Claw.

Authorities often use the term "neutralized" in statements to imply the terrorists in question surrendered or were killed or captured.

The airstrikes also destroyed weapon emplacements and shelters used by PKK terrorists, according to the ministry.

On May 27, Turkey launched Operation Claw against the PKK in the Hakurk region of northern Iraq. Operation Claw aims to prevent the infiltration of PKK terrorists onto Turkish soil from Hakurk and to spoil the settlement plans of militants in the area.

Operations in the region continue, it added.

It was also reported that a most-wanted PKK terrorist was among the killed terrorists in the southeastern Şırnak province on Sunday.

Two terrorists had been killed in Turkey's southeastern Şırnak province, as the Interior Ministry said on Sunday.

In the statement, the ministry said gendarmerie forces carried out an air-backed operation near Gabar Mountain in Şırnak.

In a separate statement later, the ministry said among those targeted was a wanted PKK terrorist, identified Mehmet Şirin Arslan.

He was on the grey category of Interior Ministry's wanted terrorists list.